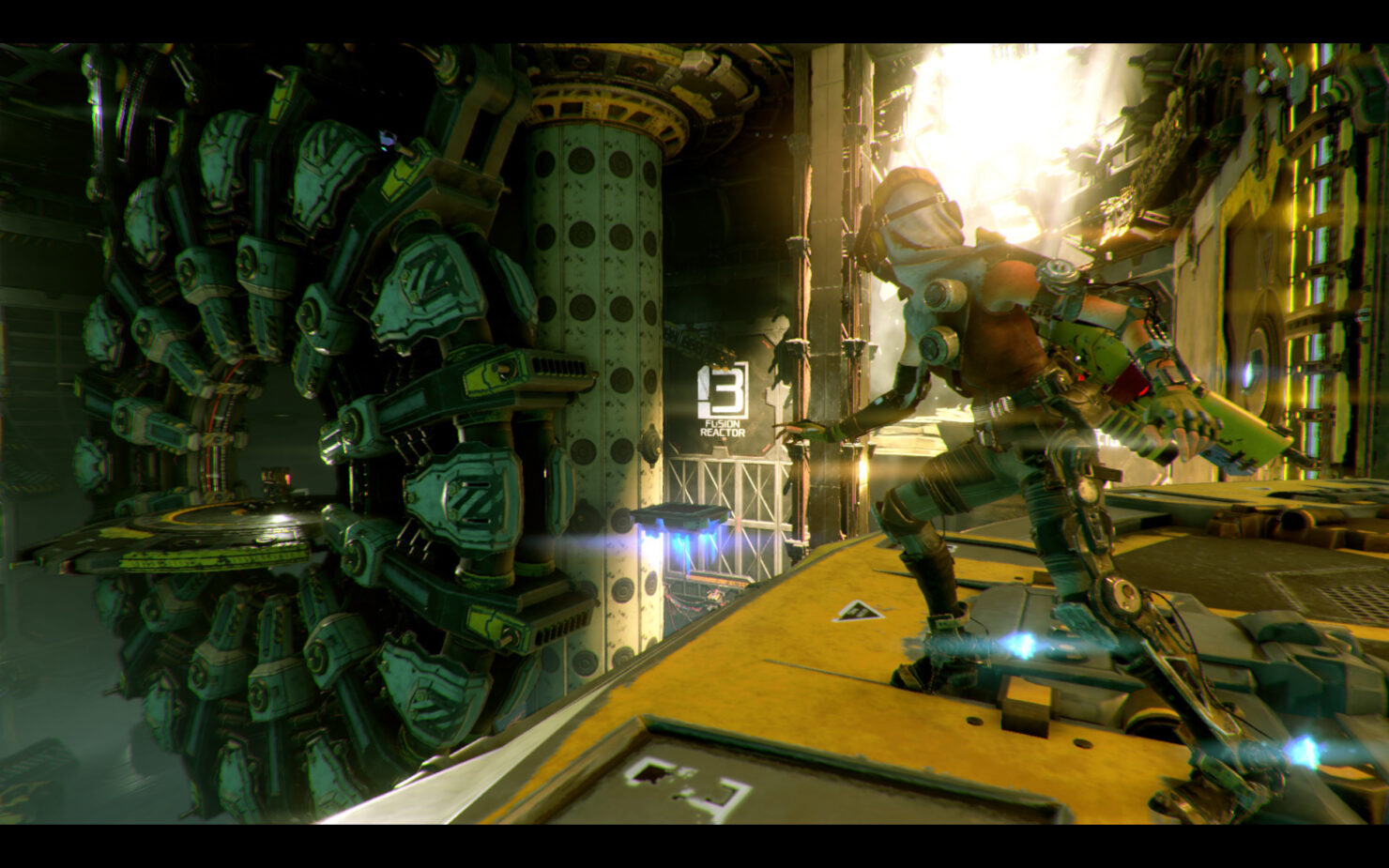 At Gamescom 2016, Microsoft has released a new ReCore gameplay trailer alongside a set of amazing screenshots.

Check out the new ReCore gameplay video down below:

Presenting ReCore, an XBOX ONE EXCLUSIVE & WINDOWS 10 EXCLUSIVE Join Joule Adams as she leads a group of Corebot companions on an adventure to save mankind in the dangerous world of Far Eden.

From the legendary creator Keiji Inafune, and the makers of Metroid Prime comes ReCore, an action-adventure crafted for a new generation.

Legendary creator Keiji Inafune and his staff at Comcept Inc. team up with Armature Studio (the makers behind the critically acclaimed “Metroid Prime” franchise) and Microsoft Studios for a new original adventure. Developed for Xbox One and Windows 10, “ReCore” marries action and platformer gameplay with incredible visuals, a unique art style and an emotionally engaging story.

A Band of Robot Companions

Throughout the adventure, you will encounter a variety of Corebots. Many will be foes bent on your destruction, but some will be courageous companions for you to bond with and lead in battles during your epic adventure.

Innovative Blend of Exploration and Combat

Developed by Comcept Inc. and Armature Studio (the makers of “Metroid Prime”), and pulling from their collective years of expertise and inspiration from classic action-adventure games, “ReCore” provides a fresh gameplay experience full of exploration and strategic combat for action and platformer fans.

A Mysterious and Dynamic World

Explore a beautifully rendered and unique world as Joule Adams, one of the last remaining humans on the planet, Far Eden. Find new dungeons, enemies and treasure in a region known as the Shifting Sands, where massive sandstorms come and go, altering the height of the terrain.

With a robust adventure, five Corebot frames to collect and customize, shifting sandstorms that change the world and more, players can experience great gameplay value at an accessible price point of $40. Fans who pre-order “ReCore” will also receive “Banjo-Kazooie: Nuts and Bolts” for Xbox 360 playable on Xbox One as a pre-order bonus.