Microsoft (NASDAQ:MSFT) has delivered their results for the quarter ending September 30, 2020, and the tech giant’s fiscal year is off a good start. Microsoft scooped up revenue of $33.1 billion and net income of $10.7 billion during Q1 2020, a very respectable 14 percent year on year increase for revenue and a 21 percent increase for income. Earnings per share were $1.38, which is above the $1.25 per share analysts were expecting. Microsoft stock was up only slightly (around 0.7 percent) in after-hours trading following yet another solid quarter.

Once again, Microsoft’s Intelligent Cloud division was a big growth driver. Intelligent Cloud revenue was $10.8 billion, driven by a 59 percent year-on-year increase in Azure business, which is slightly down from the 64 percent Azure grew in Q4 2019. The Azure growth rate, while still very impressive, has declined for the past three quarters as the number of huge corporate clients partnering with Microsoft has slowed somewhat. That said, Microsoft remains confident of future Azure growth, as they plan to shift somewhat from serving enterprise to catering to front-line workers.

Office 365 had a particularly good quarter, with Consumer revenue up 5 percent and Commercial revenue up a whopping 25 percent. Microsoft’s Dynamics business planning products did even better, jumping 41 percent year-on-year. LinkedIn, once the red-headed step-child of social media sites, has also been a surprising source of growth, with revenue increasing 25 percent. Overall, Microsoft’s Productivity and Business Processes brought in revenue of $11.1 billion, up 14 percent year on year.

A Windows Windfall is on the Way

With support Windows 7 ending in January 2020, Microsoft has been cashing in as the last stragglers make the jump to Windows 10. Of course, most people have upgraded their PCs at this point, but there are a lot of dusty old computers and point of service systems that businesses still need to upgrade. That’s reflected in the numbers – Windows OEM revenue was up 9 percent in Q1, while Windows Commercial revenue jumped 25 percent. Expect Windows to contribute in an even bigger way next quarter when Microsoft finally ushers Windows 7 off to the operating system retirement home.

After taking a hard tumble in Q4 2019, the Xbox division more or less stayed level this quarter, despite the release of Microsoft’s biggest exclusive game of the year, Gears 5 (the game sold around 3 million copies in its first month on the market). Xbox Live and Xbox Game Pass subscriptions were also up, but this was offset by the continuing decline in Xbox One sales, and CFO Amy Hood warned the situation will get worse before it gets better, as new consoles are still over a year away. Surface sales were also down 4 percent, although that will turn around in Q2 as Microsoft has new products on the way. 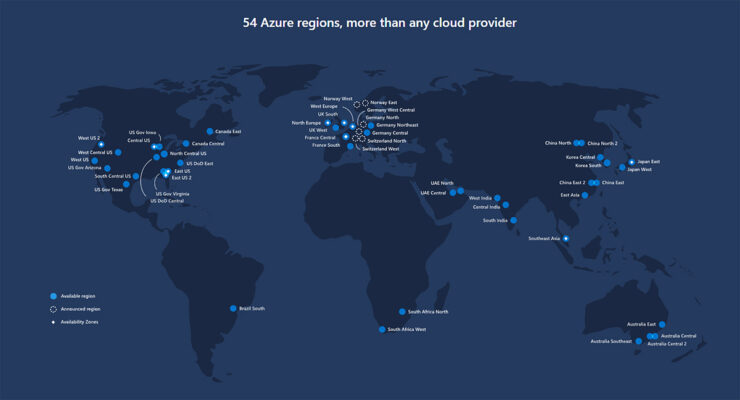 A Smart Investment in AI

Interestingly, one of the big themes of Microsoft’s earnings call, was cloud-powered AI. Clearly Microsoft sees AI, whether it be new transcription features in Office 365 or Dynamics Insights, as the next big thing that will help drive the growth of Azure and all their other business segments. Microsoft CEO Satya Nadella had this to say about the promise of cloud-powered AI…

The quintessential characteristic of every [Microsoft] application going forward will be AI, and we have the most comprehensive portfolio of AI tools, infrastructure and services. Azure AI now has more than 20,000 customers and more than 85% of the Fortune 100 companies [have used] Azure AI in the last 12 months.

Microsoft bet big on the cloud and it paid off, and there’s every reason to believe AI will be the company’s next big money maker. Add the continued success of Azure and the potential resurgence of gaming in 2020, and there’s plenty of reason to be excited about Microsoft's future. The company is expecting between $35.2 billion and $36 billion in revenue in Q2 2020. It seems very likely they’ll beat those numbers.