Microsoft Potentially Working On Its Own iPad Touch Cover 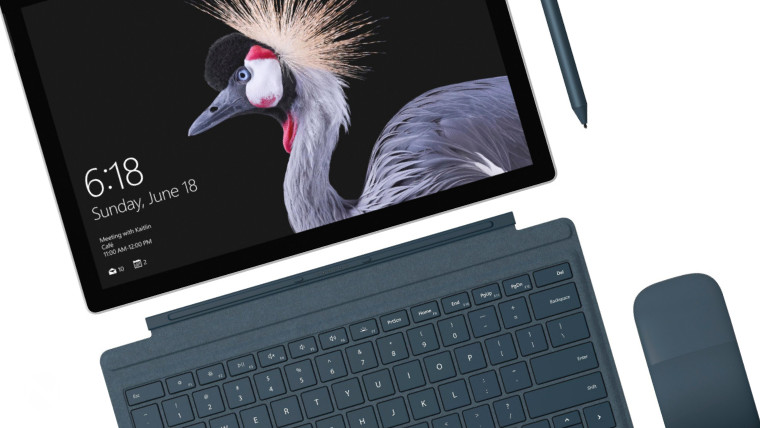 Microsoft has been making accessories for its Surface lineup for a long time. The company is known for its quality accessories, whether keyboards, mice or any other thing to go with it. The Touch Cover for its Surface Tablet is generally very popular among consumers and now, by the look of it, the company is looking into making a variant of the cover for the iPad. The software giant has listed a new mysterious product in its download page for documents related to Lithium batteries. So let's dive in to see some more details on the subject.

Microsoft Working On A Touch Cover For iPad? Could It Be Similar To The Surface Touch Cover?

Called the ''iPad Touch Cover (Model 1719)'' the document was spotted by WinFuture. What may come as a surprise is the fact that the document was filed way back in April. In addition to this, the documentation also carried other products like the company's HoloLens, Surface devices and Band.

At this point in time, we're actually unclear when Microsoft will  release the Touch Cover for iPad. Moreover, we're not even sure if the company is still working on it or have scrapped the project to make a Touch Cover for the iPad. What we do know about the product with the model number 1719 is that it contains batteries. This means that it will connect to the iPad via Bluetooth, only if the company decides to launch it. The cover features a small 0.814Wh cell. Even though the capacity of the cell is small, there are other keyboards on the market with more or less the same capacity that works perfectly with the iPad. For instance, Logitech uses similar sized cells in its batteries for iPad covers. 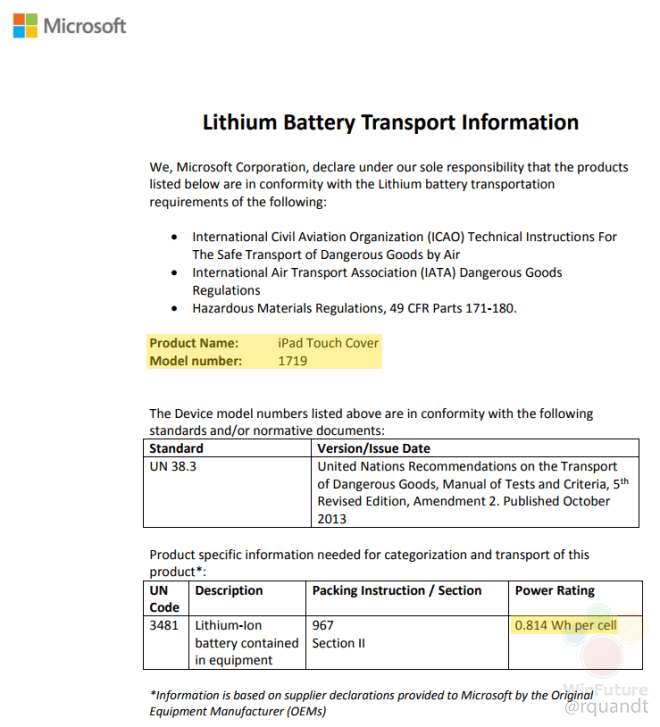 In addition to this, the documentation also does not shed any light on the design and form factor of the keyboard as well. It is possible that if Microsoft decides to release the Type Cover for the iPad Pro, it will include dedicated keys which will aim for the company's suite of Office applications. If it's anything like the Surface Touch Cover, it will also feature backlit keys. This will be one of the major advantages compared to Apple's Smart Keyboards. Moreover, the Surface Touch Cover also uses the pressure sensitive technology for a full multi-touch keyboard. There will be more to the story, so be sure to stay tuned in for more details.

This is it for now, folks. What are your thoughts on Microsoft's plans to release a Touch Cover for the iPad? Do you think it will be closely similar to the Surface Touch Cover? Share your views in the comments.