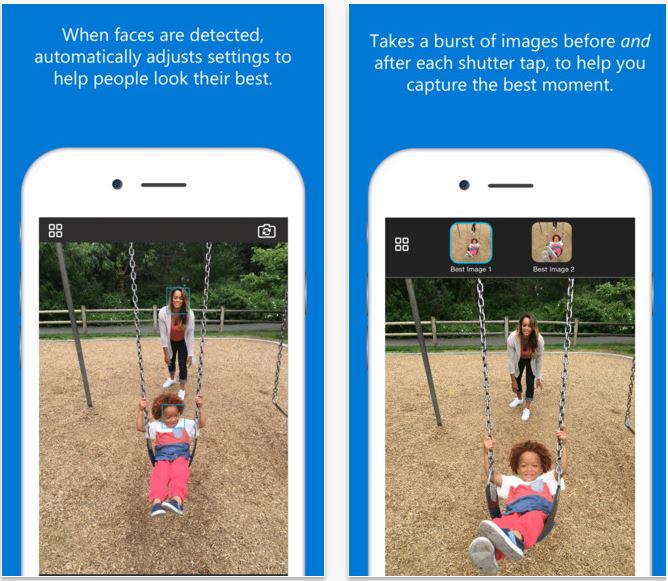 The iPhone packed one of the most popular cameras on a smartphone and more importantly, Apple doesn't miss a chance to brag about it every now and then. However, if you think your iPhone's camera could be replaced by something that does the same job but a little bit better, wouldn't it be great? Luckily enough, one of Microsoft's research project produced an outstanding product for the iPhone. Microsoft Pix is a smart camera replacement app for your iPhone which is tuned to take better photos for you.

Microsoft Pix Is A Smart Camera App For Your iPhone

So what makes Microsoft Pix a better camera app for your iPhone? There are a number of things to consider here. For one, when you launch Microsoft Pix and capture a photo using the shutter button, Pix captures 10 frames. This is where term 'smart' comes into play.

The algorithms part of the Pix camera analyses major aspects of the photo. For instance,  it adjusts exposure, sharpness and other complicated things like a person's mood, whether happy or sad. When this complex operation is analysed and processed, the app suggests you with three best photos that you can choose from or what you feel is the right shot. Before they get automatically deleted, the leftover frames were used to enhance the three best pictures brought to you. This complex procedure is handled in jiffy so you don't have to worry about the time.

Another aspect where the camera acts all smart is when t detects a bunch of similar pictures. Microsoft Pix will just stitch the images and turn them into a Live Image. However, the judgement to take a live image or not depends on the app if it finds it interesting. Furthermore, Microsoft has had a Hyperlapse feature in the works and surprisingly, it made it to Microsoft Pix. This will enable you to turn your existing photos into a time-lapse. It can also be used to stabilize the videos that you just shot.

So how does Microsoft Pix stack up against Apple's stock camera app? For me, it was far more superior judging on the bases of greater emphasis on the subject, whether it be people or any other object. Since the stock iOS camera takes poor to average photos in low light, Pix allowed for a greater shot in dim ambiance. The grains are removed and the overall picture is brighter than what iOS's camera would have captured. The images look pretty natural and expressive.

The best part about the Microsoft pix is that it is available on iPhone and iPad, both. It works on all iPhone models above the iPhone 5s. If you're an Android user, worry not, Microsoft Pix for Android is in the works as well. The app is available for free from the App Store. We would totally recommend you to give this camera app a go.

This is it for now, folks. Let us know in the comments how you liked Microsoft Pix on your iPhone.