Microsoft and Nintendo Tout Minecraft Crossplay in New Ad, PS4 Still Out in the Cold 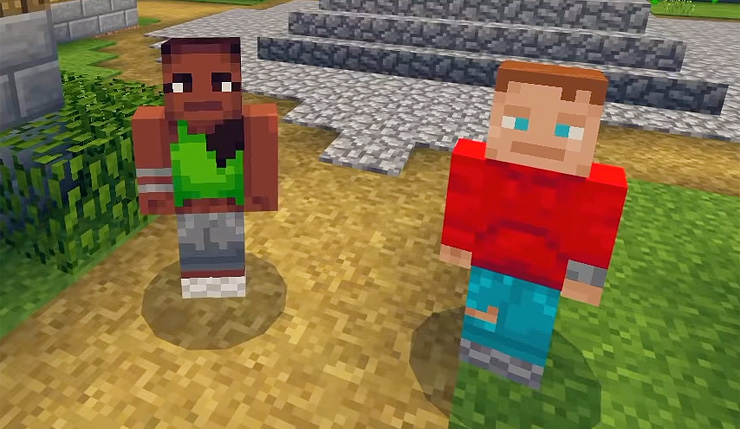 It feels like it’s only a matter a time before crossplay becomes a standard feature. Microsoft and Nintendo both support the concept, as do the developers of Fortnite, Rocket League, Overwatch, and other major games, but, unfortunately, Sony remains unconvinced. Until the current winner of the console wars changes their mind, full, unrestricted crossplay remains a fantasy.

Well, it seems Microsoft and Nintendo have decided to send Sony a none-too-subtle message in the form of a new crossplay-focused Minecraft trailer. The trailer shows two sassy youths engaging a little co-op play, one with an Xbox One controller, the other with a Joy-Con Grip setup. A DualShock controller is nowhere to be seen.

The Minecraft Better Together update launched late last year, enabling crossplay between PC, Xbox, and mobile platforms. The update just hit the Switch today, adding Nintendo’s portable hybrid to the Minecraft crossplay ecosystem. The update has yet to be released on the PS4.

Sony’s stubbornness about crossplay made headlines during E3 when Fortnite fans discovered they couldn’t use their Epic Games accounts with the newly-released Switch version of the game if they’d ever played the game on PS4. Sony’s response to the controversy didn’t exactly wow fans, as the company insisted they’re “open to hearing what the PlayStation community is interested in,” but offered no hint that they’d loosen up about crossplay any time soon.

Hey @Xbox, since we can play together in @Minecraft now, did you want to build something? pic.twitter.com/LIylWy3yXZ

Sony is in a position of power right now, so they afford to be the party pooper, but fortunes can change quickly in the video game industry, particularly with a next generation of consoles likely launching within the next couple years. Perhaps Sony would be wise to stock up on goodwill now.

What are your thoughts on the issue? Does crossplay matter to you, or is it all much ado about nothing?