Microsoft (NASDAQ: MSFT) Bucked the Trend by Becoming the Only Stock in the Dow Jones Index to End Q1 2020 on a Positive Note 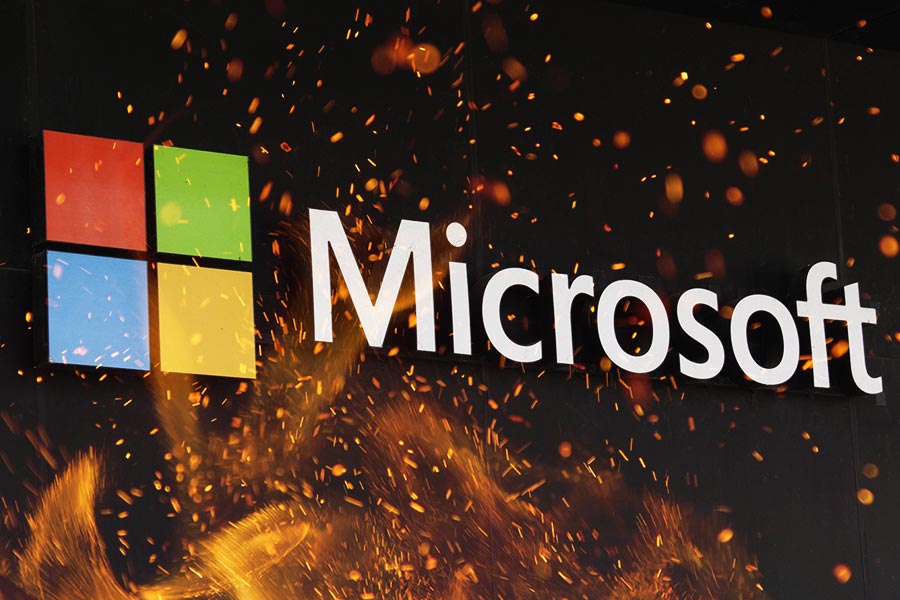 Microsoft (NASDAQ:MSFT) has garnered a unique distinction over the previous quarter as the only stock in the Dow Jones Industrial Average (DJIA) – a grouping of 30 blue chip companies – to end the first three months of 2020 on a positive note.

The performance of all 11 sectors of the S&P 500 is illustrated below: 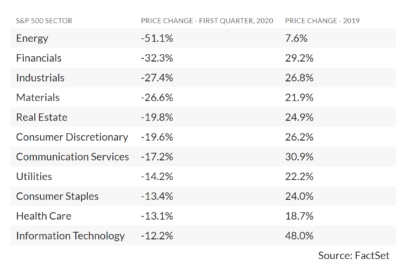 Of course, Microsoft’s Teams app may have played an important role in isolating the stock from the broader weakness. As we reported previously, Microsoft has captured the lion’s share of new users coming onboard apps that facilitate remote working as workplaces attempt to curtail physical engagements amid the expanding threat from the coronavirus (COVID-19) epidemic.

On the 19th of March, Microsoft revealed that its Teams app now has over 44 million Daily Active Users (DAUs). Astonishingly, the app’s userbase comprised of 32 million DAUs just last week while, in November, this figure was around 20 million

On the 29th of March, Microsoft provided another stunning metric:

“We have seen a 775 percent increase in Teams' calling and meeting monthly users in a one-month period in Italy, where social distancing or shelter in place orders have been enforced.”

The company also reiterated its earlier guidance of 44 million DAUs for the Teams app in the press release:

“We have seen a very significant spike in Teams usage, and now have more than 44 million daily users. Those users generated over 900 million meeting and calling minutes on Teams daily in a single week.”

Bear in mind that the Teams app is included by Microsoft in the corporate subscription bundles for its eponymous Office 365 service. As of the third quarter of 2019, there were over 200 million commercial Office 365 monthly active users.

The Teams app’s current meteoric growth trajectory effectively demonstrates that Microsoft is successfully utilizing its heft and an already huge Office 365 userbase to attract fresh interest in its productivity offerings. Also, given its diverse work-related products, Microsoft stands a better chance at locking-in these new users within its ecosystem as compared to other companies, such as Slack or Zoom.

In order to effectively exploit the growing popularity of its Teams app, Microsoft is adding new features. These include the ability to add or upload a custom background that masks the periphery of users in video calls. Zoom already boasts this capability. Microsoft is also adding active noise cancellations and a raised hand icon to gain attention in crowded calls.