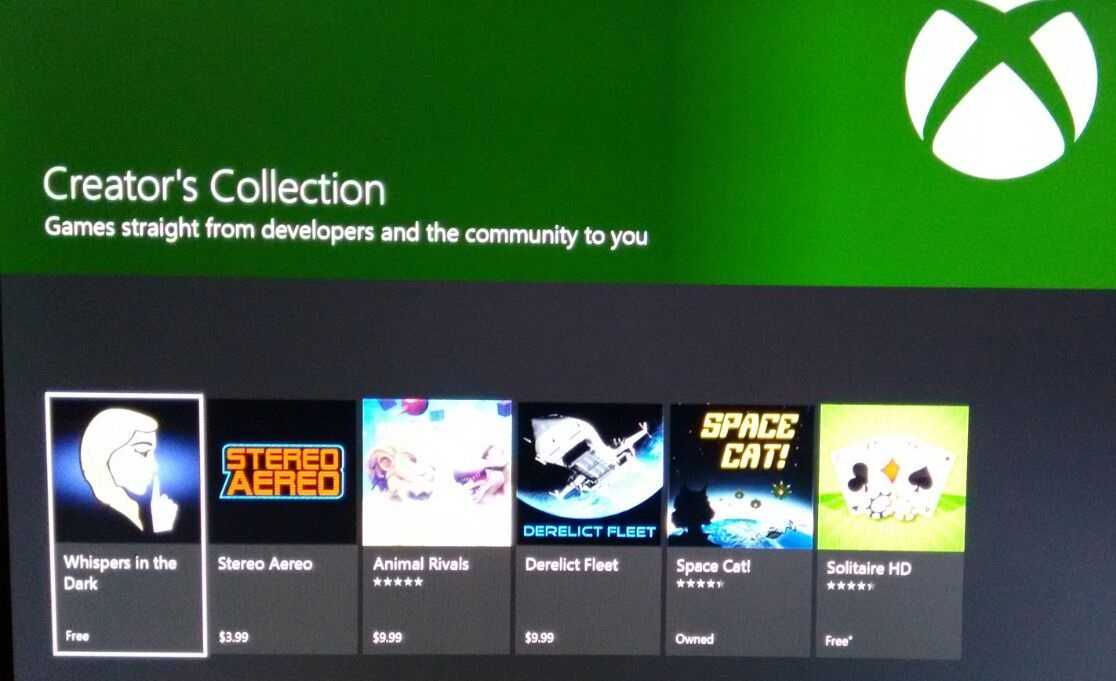 Yesterday we informed you about the closure of the Xbox Live Indie Games program, which was born on Xbox 360 and offered a space for developers looking to start their story in the industry. The cycle of that program ended but not its mission because today Microsoft has officially launched the evolution of the independent platform for Xbox LIVE, the Xbox Live Creators Program.

Today, Microsoft gave the starting signal for the new version of its independent developer support program, Xbox Live Creators Program, which will provide a simpler environment and access than the Independent Developer Publishing Program (ID@Xbox).

Basically, the Xbox Live Creators Program will simplify the process of games certification created by independent developers, since they will be able to publish their creations in the Creators Collection section of the digital store of Xbox.

Unlike the ID@Xbox, Creators Collection games will not be able to access the main features of the Xbox online platform, such as achievements, scores and multiplayer on Xbox LIVE.

The Xbox Live Creators Program is intended as a platform for developers to work on new proposals in a more relaxed way, as larger, more demanding independent projects are present in ID@Xbox. However, if projects begin to grow, Microsoft will offer them the ability to move to ID@Xbox and then enjoy the Xbox LIVE features. The program is available on Xbox One and Windows 10 as of today and its collection at the moment includes nine titles: