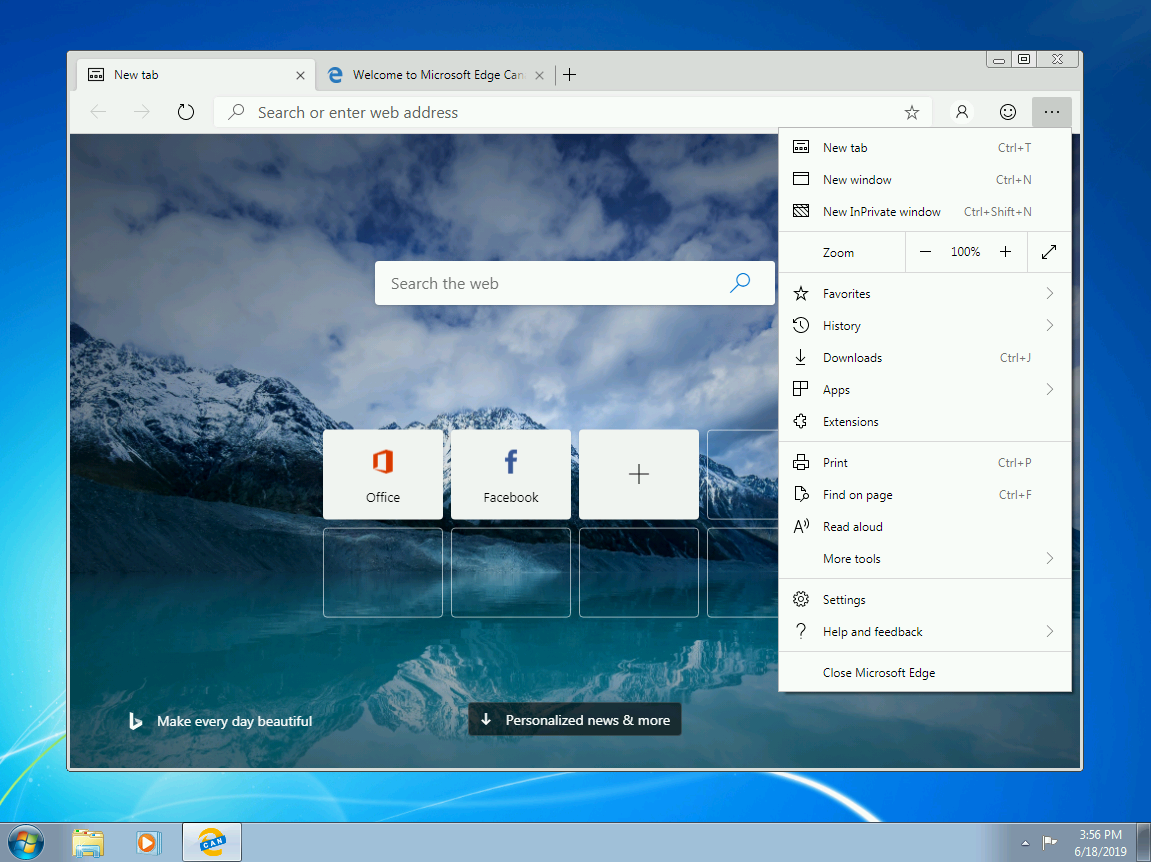 If you are still using an older version of the operating system, the Windows maker has today made the new Microsoft Edge available for testing on Windows 7, Windows 8, and Windows 8.1. Microsoft's Chromium-based Edge is now available on all platforms, including Windows 10, macOS, Windows 7, 8, and 8.1.

"Today we are excited to make preview builds from the Microsoft Edge Canary channel available on Windows 7, Windows 8, and Windows 8.1," Microsoft writes. "This rounds out the initial set of platforms that we began to roll out back in April, so developers and users alike can try out the next version of Microsoft Edge on every major desktop platform."

Microsoft noted that users will find "largely the same experience and feature set" that is offered to Windows 10 devices.

"Delivering the next version of Microsoft Edge to all supported versions of Windows is part of our goal to improve the web browsing experience for our customers on every device, and to empower developers to build great experiences with less fragmentation.

Microsoft Edge will have the same always up-to-date platform and the same developer tools on all supported versions of Windows and macOS."

Do note that the initial Canary builds have a few known issues, including the lack of dark mode support. The company is working on a resolution for this and other issues. You can visit the Microsoft Edge Insider site from your Windows 7, 8, or 8.1 device to download and install the preview today.