I am pretty sure everyone knows by now that Microsoft's New Siri mobile assistant will be called Cortana.  And no that's not a co-incidence, Microsoft's Siri-Like Assistance will be fully based on the famous Halo AI. So has Microsoft finally given people to buy Windows Devices ? Heres what to expect: 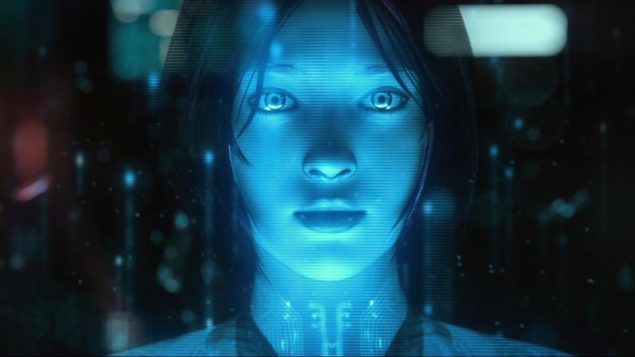 Cortana will be Unified Across Xbox One, Windows and Windows Mobile.

So we know that Cortana will come to all Widnows Devices which includes Windows Desktops, Windows Mobiles and the Xbox One. Microsoft's PR has stated that they are waiting to make the Siri-Like Assistant smart and unique. Cortana will be ever-adapting and learn as time progresses. If Microsoft were to unify Cortana's database across multiple devices owned by a single user, it would result in something truly unique and amazing. Not just a gimmick but a true cant-live-without digital assistant

The Same voice profile and Visual appearance as the Halo Cortana

This one really is a no brainer. Since Microsoft Cortana is derived from the Halo AI it only makes sense that it would have all the same identifying trait of the Game's AI. Infact Microsoft is fully aware of the fact that Cortana will bring in orders of customers and will milk it for all its worth. Note that they can only do that if Cortana is Cortana and not just a renamed "Windows Assistant V2.0".

Cortana will be better than Siri

Siri was unique. No one argues with that. Sure there were voice assistant before but they were dumb brutes compared to Siris relative capabilities. If Microsoft truly knows the potential of the Cortana selling factor they will make hertruly one of a kind. She should be to Siri what Siri was to the old-gen Voice Assistants. Just a Vocoloid with Cortanas profile wont do. People will buy Cortana because they want the AI not some dumb narrating program. Naturally no one expects Microsoft to come up with a real AI, but a dumb program wont cut it either.

Easter Eggs from the Halo Franchise

Once again this shold be Mircosofts development aim. The target audience in this case is Halo Fans mostly and what is there that Halo Fans would love more then Cortana's smug attitude? That's right Easter Eggs. Microsoft shouldn't attempt to market Cortana without them. If your digital assistant looks and talks like Cortana, the only improvement would be if she appears to BE the real Cortana.

Of course there is always the rare but alarming possibility that there is no Cortana. Yea, bad thought. Thats all folks.