Microsoft Says If You are Going to Buy a Console for Games, You Will Buy an Xbox One

Microsoft has been working hard to make Xbox One the one video game console that gamers would want to pick up this Holiday season, and now that sale announcements for current generation consoles have started to come up, the platform holder is quite confident that with a strong Holiday line-up and better overall support, Xbox One will surely lead the market and be the console that players, who are looking for a system to play great games on, will buy this Holiday season. 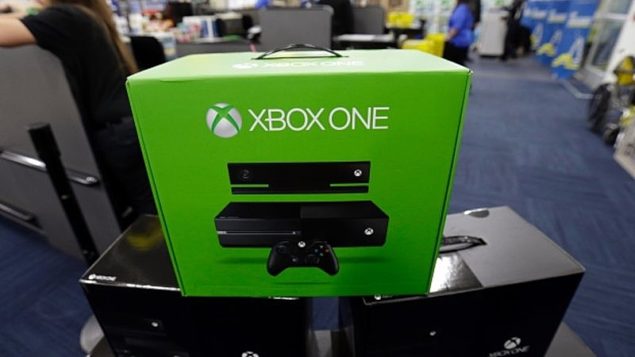 Xbox One Has More Games and Exclusive Titles - You Won't Regret Purchasing the Console This Holiday Season, Says Microsoft

Microsoft has decided to no longer report hardware sales for Xbox platform, according to a recent report. The company will instead use Xbox Live engagement as primary yardstick to report stats. This will surely save Microsoft a lot of trouble, and allow the team to focus more on improving the Xbox One’s position in the industry. In fact, the platform holder is quite confident about the progress it has made with its eighth generation video game console.

Head of Xbox Game’s Marketing Aaron Greenberg did an interview with Venturebeat recently, talking about how Xbox One is the best console to go with this fall, and how the company is hoping to leave a mark when people start shopping this Holiday. According to Aaron, the Xbox One Holiday bundles are exactly what people will pick up if they are shopping for a console with great games library. He leaned hard on Halo 5: Guardians, and then went on to cover every other major game releasing in weeks’ time. He also mentioned that Microsoft is committed to provide the best experience to their community with Xbox Live and Xbox One’s backward compatibility feature.

“If you’re buying a console for games, you’re buying an Xbox. Xbox is the platform with the most games, the most exclusives, and probably the most anticipated game of the year in Halo 5. If you’re a fan of Halo, if you’ve ever played Halo, you know how special Halo 5 is. If you never have, the rich story with Locke and Chief and what’s been created — I can tell you, I’ve played through the entire campaign. It’s the greatest Halo ever made. It’s stunning. It’s worth the investment. That game alone is worth the investment.

Plus, if you like Forza or Tomb Raider or any of the other big titles like Fallout or Call of Duty, we have them all. On top of having the premier online gaming service in Xbox Live. If you want to play with your friends, that’s the place to play. That would be my pitch. And we’ll do it at a great value. Starting at $349, we have some great holiday bundles. I don’t think you’ll regret the purchase. The other commitment we make to you with backward compatibility — over the next year we’ll continue to innovate and improve on the console month after month, just like we’ve been doing since we launched Xbox One.”

Xbox One appears to be finally making some real progress after being long shunned by millions of gamers due to its troublesome launch, and Microsoft is making sure the console further secure more area in the industry. If things go as planned for the platform holder, it is very much possible that the Xbox One will outshine Sony’s PlayStation 4 this Holiday season, but only time will tell for sure. We’ll find out the end results sooner rather than later.