Microsoft Black Friday Deals Include $50 Off Xbox One Consoles 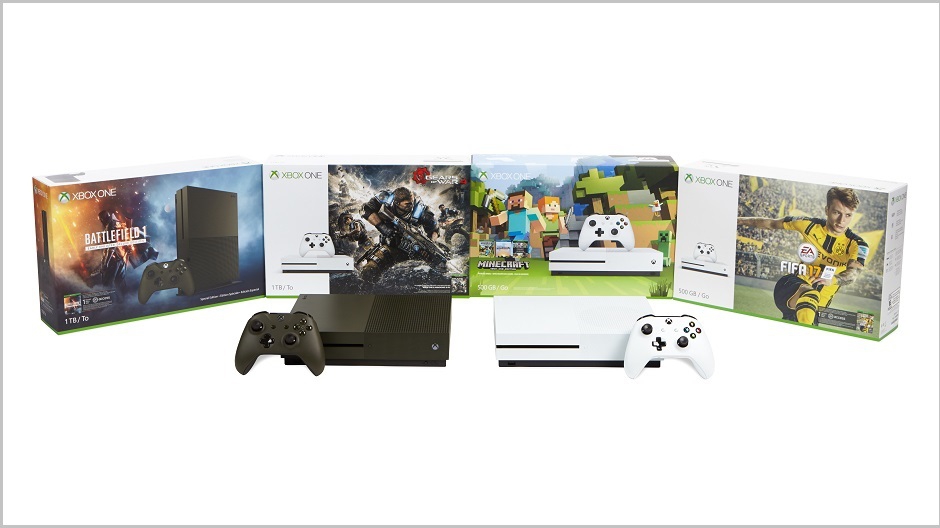 In anticipation for the craziest shopping season of the year, Microsoft has announced a number of Black Friday and Cyber Monday deals that include bundles, games, and accessories coming to their stores.

These deals come from straight from Xbox Wire:

Save $25 on Gears of War 4 bundled with the entire Gears Xbox 360 Collection and save $20 on ReCore at participating retailers nationwide.

The above deals apply to both online and in-store purchases at your local Microsoft Store and major participating retailers in the U.S., including on Cyber Monday, so you can save throughout the entire holiday weekend no matter where you are.

Take advantage of more than 250 deals on Xbox One and Xbox 360 digital games, movies, and TV shows, plus exclusive digital offers for Xbox Live Gold members

Nov. 24 – 28: Save $25 on Gears of War 4 (contains five games including Gears of War 4 and the Gears Xbox 360 Collection) and $20 on ReCore at participating retailers nationwide.

A good portion of these Microsoft Black Friday deals starts as soon as next week which makes it a good time to pick up a Xbox One console. Do you have any such plans, or perhaps you'd prefer a shiny PlayStation 4 Pro? Let us know below.