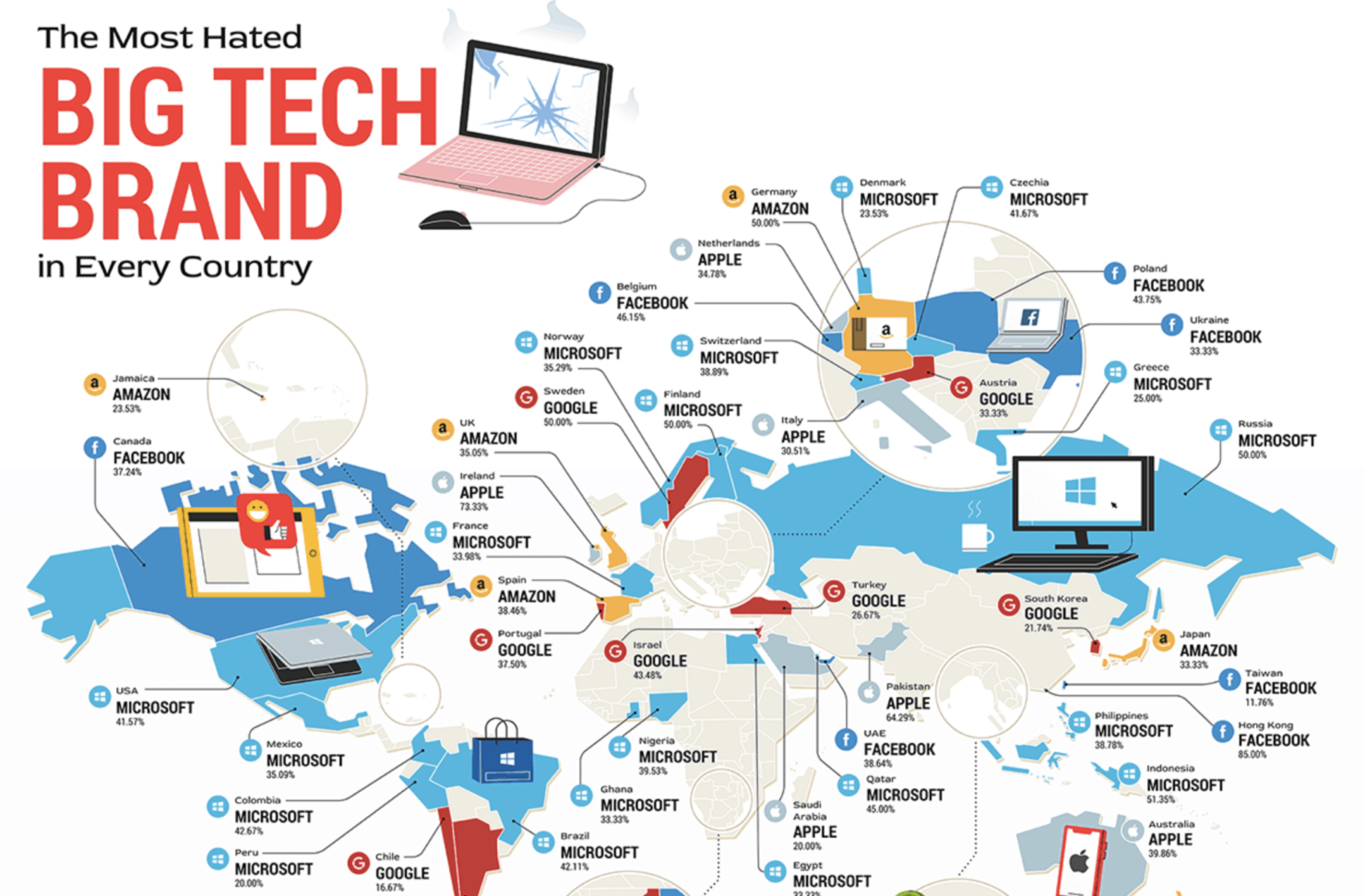 Our comments section may be full of our readers being critical of Microsoft, but it appears the company isn't getting any better response over at Twitter either. The Windows maker is apparently more hated than Google, Amazon, and even Facebook. Amazon perhaps isn't the right addition here though since the company doesn't operate globally like the other mega tech companies.

"Microsoft takes the crown as most hated in 22 countries," RAVE Reviews noted in recent research that assessed over a million brand-related tweets for positive or negative content. "By comparison, Facebook and Google have 24 countries between them."

This is interesting research since it appears the more hate a brand is attracting, the more popularity it's getting. "[...] Just look at Disney. We found that more than a third (34.32%) of tweets about Disney were negative towards the brand – yet, Disney share prices rose 125% last year, even with its theme parks closed," the report says.

Clearly, there's no such thing as bad press.

"When you give in to hate, your tweets provide free publicity for the dark side (whatever you consider the dark side to be). And the brands we hate the most are often the least vanilla. Better to divide opinion than to inspire no opinion at all."

If we don't look at just the tech product/service makers, Uber takes the cherry in receiving the most hate in the United States, the United Kingdom, and Saudi Arabia. In the US, Uber is followed by LEGO, Sony, Microsoft, and Netflix. LEGO, however, gets much of the hate thanks to that delight you feel when stepping on a lego.

The team also curated a list of 100 of the biggest global brands according to search volume and found Sony to be getting the most hate in about 10 countries, considering the company does everything from being a movie producer to giving the world some of the best gaming experiences. It is unsurprisingly followed by Tesla, which has managed to attract a cult-like following with equal parts haters and fanboys.

The research team calculated the % of negative tweets and ranked the brands by location and category to find the most hated brands in the US and globally. It is quite a revealing report, with many interesting facts. Head over to this link for the complete report.