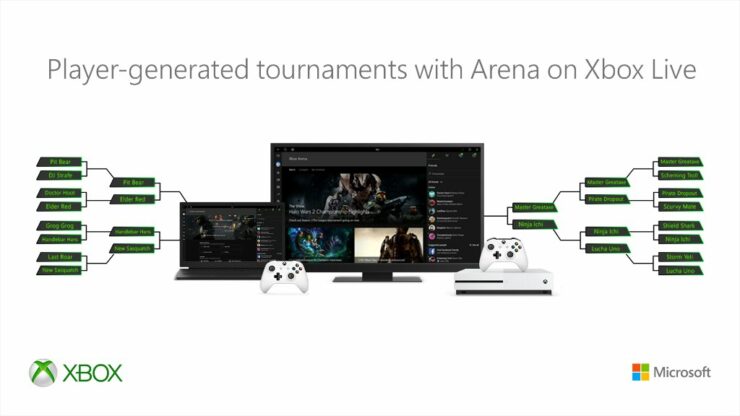 During today's event, Microsoft announced a number of new gaming features coming to both Windows 10 and Xbox One via the Creators Update.

The first one is called Arena and it will allow players to create custom tournaments starting with Killer Instinct. Here's how it was described:

Beginning today, Arena launches to Preview on Xbox One with the pilot title and legendary fighting game, Killer Instinct. During Preview, you can look forward to competing in daily Killer Instinct tournaments across Xbox One and the Xbox app (beta) on Windows 10 PC. For the initial roll out, Arena will only be accessible to Preview members through practice tournaments on Xbox One in the U.S., with plans to add additional features and expand to the broader Preview audience later in October. To start competing, all you have to do is register on the Tournament tab in the Killer Instinct Game Hub. We’re really excited about the potential of Arena and eager to hear your thoughts as we evolve it and make eSports more accessible for gamers everywhere, regardless of skill-level.

There are more Xbox Live related enhancements coming up, though.

Achievement Rarity: You might have already seen some buzz about Achievement Rarity from @XboxQwik and me. If you missed it, Achievement Rarity, a top fan request on Xbox Feedback, launched to Preview a few weeks ago. Now, you’ll be able to discover just how unique an Achievement is among players of a given game and celebrate the Achievement itself with a special notification and diamond icon highlighting it. Unlock one today and let us know how you like the new animation!

New Looking for Group (LFG) Features: Starting today, you will be able to create LFG posts for future gaming sessions – up to seven days in advance! Additionally, based on your feedback, you can now create LFG posts directly in a Club and control who sees them: just members of the Club or everyone on Xbox Live. When creating LFG posts, you can also note what language the party will be speaking and filter your LFG searches based on the language.

There's more, though. Microsoft plans to integrate the newly purchased Beam livestreaming service into both Windows 10 and Xbox One; PC users will be able to stream from the Game Bar by pressing Windows button + G. That will open a Beam overlay showing several details such as viewer numbers, chat and more. 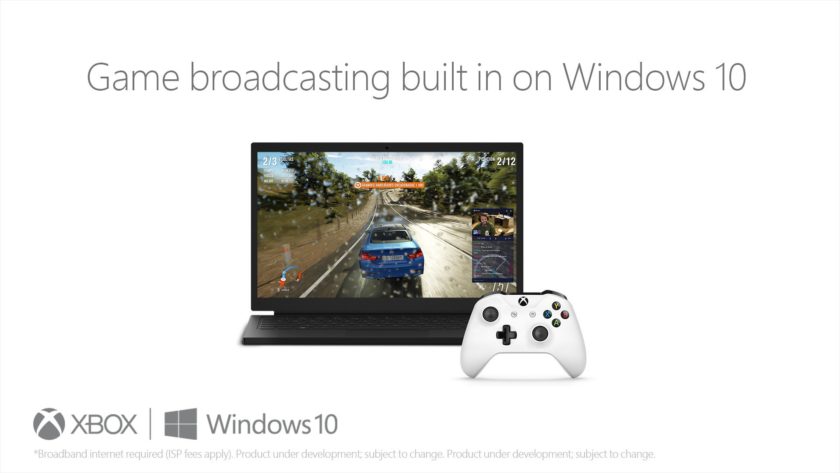 Finally, Xbox One will receive Dolby Atmos support via bitstream passthrough. Of course, you have to own an audio setup compatible with Dolby Atmos to make use of this feature. What do you think of Microsoft's