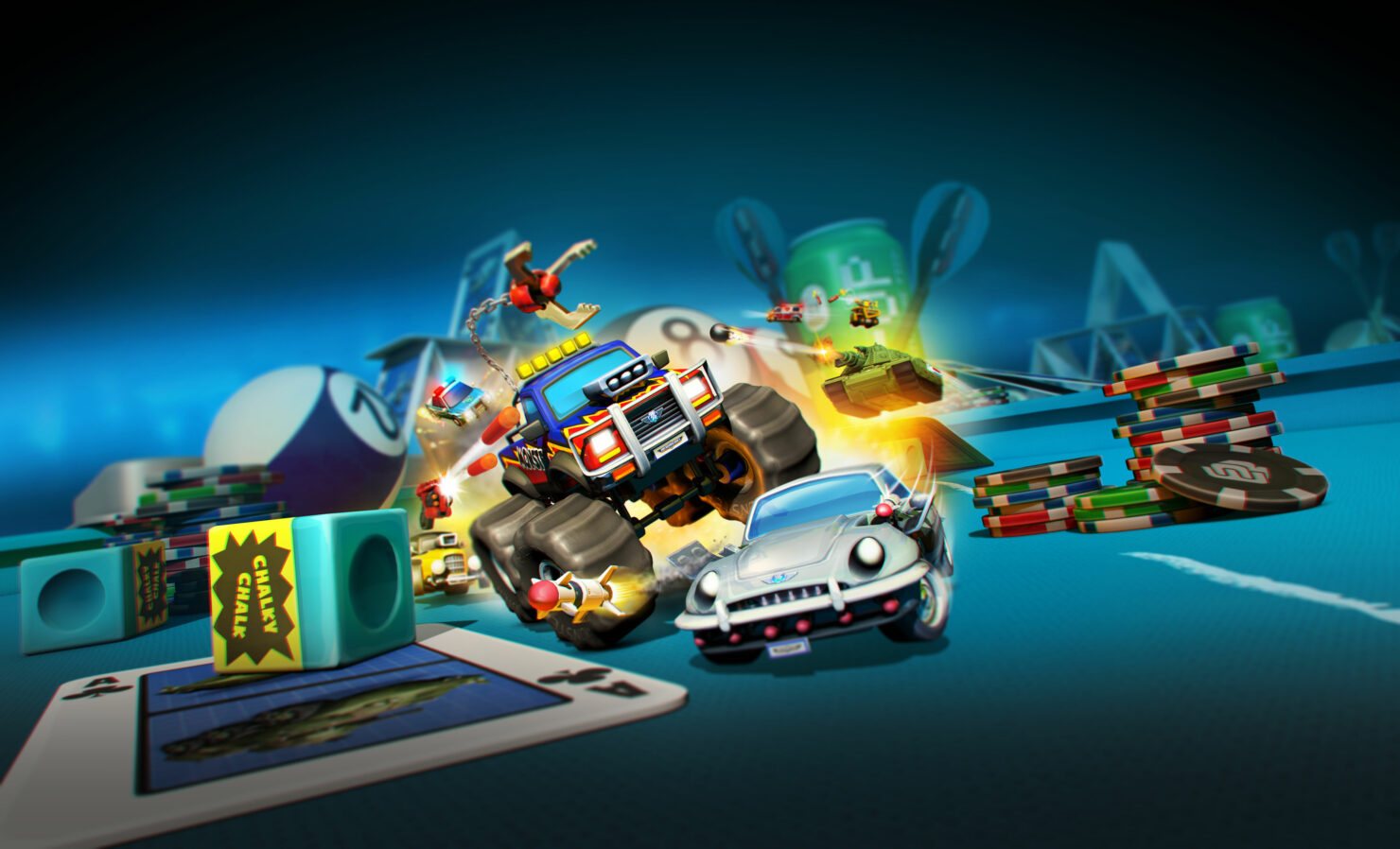 Micro Machines World Series for PC and consoles has been announced by developer Codemasters.

The micro racing franchise will arrive this April and will deliver “massive amounts of miniature multiplayer mayhem” according to the British developer. The social gameplay aspect from the original series will be retained but is said to look better than ever with HD graphics.

As well as bringing to you the classic game modes like Race and Elimination, Micro Machines World Series will introduce a new style of game play to the series: Battle Mode. The all-new Battle Arenas will allow you to wreak mass destruction on a miniature scale against your friends or the AI. Meanwhile, Team Play lets you work together using your vehicles’ unique skills with modes such as ‘King of the Hill’ or ‘Capture the Flag’!

The game’s been designed around fun and frantic play at every turn, meaning there will never be a dull moment on the racetrack or in the arena. Micro Machines World Series is the ultimate pick-up-and-play experience for players of all ages and abilities, offering intuitive, easy-to-learn controls that make the controller impossible to put down.

“The original Micro Machines was a breakthrough multiplayer racing game and remains much loved in the gaming community”, said Codemasters’ VP of Publishing, Jonathan Bunney. “We saw great success last year with our free-to-play mobile game, but this brand new console title takes the franchise to its greatest levels of multiplayer mayhem and enables you to play with your friends on the same sofa or across the world.”

“With the support of Hasbro and being able to feature some of their biggest brands, such as HUNGRY HUNGRY HIPPOS, G.I. JOE, OUIJA, and NERF, this represents the very best of social gaming”, Bunney added.

Micro Machines World Series will support up to 12 players online and four players on the same screen.

Codemasters on Reviving The Micro Machines Series, Love for the Nintendo Switch and More