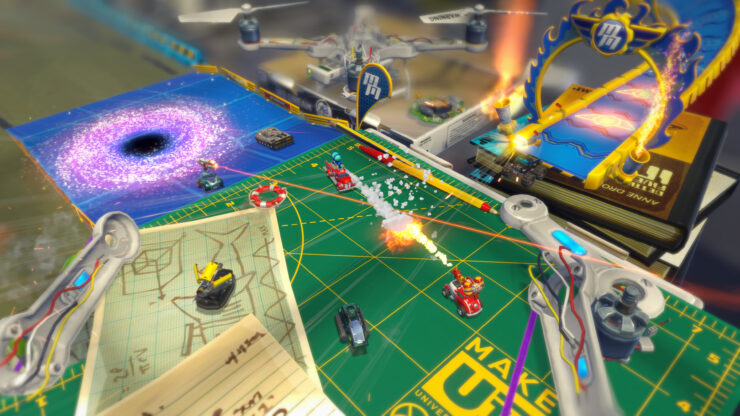 Codemasters is about to bring back the madness with Micro Machines World Series, due to launch on PC, PlayStation 4 and Xbox One on June 30th after a small delay (it was originally scheduled for April).

We've had the chance to interview the development team at a recent press event. We'll have the full transcription up later, but in the meantime, we're reporting that sadly Micro Machines World Series won't have any PlayStation 4 Pro enhancement at launch.

Will you be supporting 4K and/or HDR in Micro Machines: World Series?
We’re not supporting these features at this time.

Does that mean there won't be any PS4 Pro enhancements (other than the console's own Boost Mode)? If so, do you plan to add any in the future?

For the game’s launch, that’s correct. Beyond that, there’s nothing we can announce at this time. But we’re not ruling anything out!

Unfortunately, this will be yet another game launching in 2017 with no PlayStation 4 Pro enhancements. Some, like Arkane's Prey, added those after release though, so there's still hope.

Moreover, with the Xbox One X coming up in November, more developers should