During the last couple of days a new thread on the Neogaf forums has gained a lot of popularity. Centered around 'The Doctor' from Metal Gear V: The Phantom Pain and his resemblance to Italian Head Transplant Doctor Sergio Canavero.

The Doctor was first introduced at GDC 2013, while Cadavero revealed his plans to perform first ever human head transplant in July 2013. According to the Neogaf post, Cadavero is doing a talk in Cyprus, which is where the hospital in Metal Gear Solid V: The Phantom Pain is located.

Dr. Sergio Cadavero is being branded as a real-life Victor Frankenstein

Dr. Sergio Canavero is an Italian surgeon developing HEAVEN, a procedure for transplanting the human head. He is now being branded as a real-life Victor Frankenstein, the fictional scientist who assembled different human body parts.

Dr Canavero believes that impossible is only a way of the mind. By changing perspective, everything becomes attainable.
He proved so when in three months at age 27 worked out the mechanism of one of the most intractable medical mysteries ever, central pain syndrome.

Against accepted neurological lore, he restored partial consciousness in patients in the persistent vegetative state and introduced motor cortex stimulation for the treatment of movement disorders and stroke rehabilitation.
In 2013, he made worldwide news with his project of cerebrosomatic anastomosis (Head Transplant) and again in 2014 with his cortical stimulation proposal for the treatment of psychopaths.

He authored several books and more than 100 scientific papers. He directs the Turin Advanced Neuromodulation Group, a Think Tank for the advancement of neuromodulation.

Dr Canavero believes that the brain does not generate consciousness, but only filters it. His goal is to open the filter and see what lies beyond. 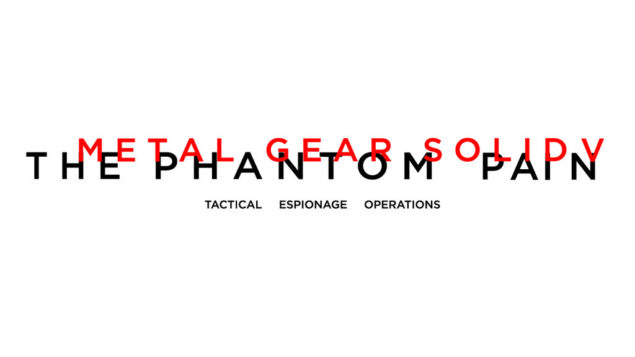 Kojima's name as well as the Kojima Productions logo have been removed from Metal Gear Solid V: The Phantom Pain Box Art

Following Hideo Kojima's recent departure from Konami, and the subsequent changes that resulted, there is chance some details in the game might have been altered. Kojima's name as well as the Kojima Productions logo, was even removed from Metal Gear Solid V: The Phantom Pain box art.

Even though there has been talk regarding Kojima's control over the game series, as well as the Fox engine powering MGS V and other Konami games, like the Pro Evolution series, both rights belong to Konami. Hideo Kojima has previously stated that he wanted MGS V to be his last metal Gear game and that he wanted to move ahead with other projects.

Konami plans to continue the Metal Gear series, and even though Kojima's departure will certainly have a big impact on the development of future installments, his guidance over many  years of development, has surely molded a few deserving people, that could prove to be worthy of following where Kojima left off.

Metal Gear Solid V: The Phantom Pain is set to launch on September 1, 2015 for the PlayStation 4, PlayStation 3, the Xbox One and the Xbox 360. PC gamers need to wait a few weeks to get their hands on the game, which comes out on September 15, 2015 for the PC. We will bring you any new information on Metal Gear Solid V: The Phantom Pain as soon as it becomes available. Be sure to check out our previous coverage of MGS V for more, here and here.