Hideo Kojima, the genius behind the Metal Gear series, is in quite a predicament. He explains that Metal Gear Solid V: The Phantom Pain, is a true open-world video game, although he is trouble that having too much freedom to tackle your missions, can affect the coherency in some situations. He is currently trying to find ways of alleviating this issue. 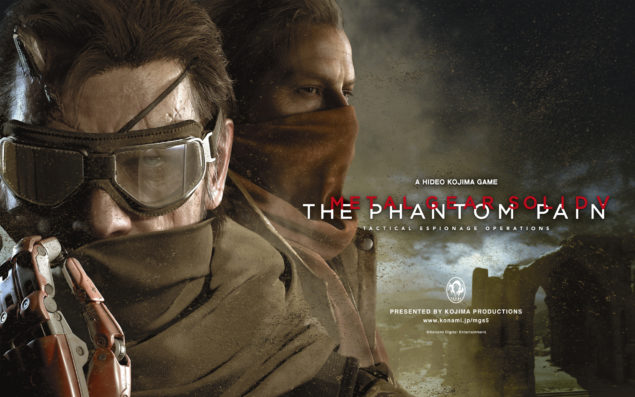 This is what Kojima tweeted, and subsequently explained,

We must compensate spontaneous freedom in order to avoid incoherency. What I'm doing right now is to solve such problem.

“MGSV allows you free stealth mission in open world. Not only broad map but also infiltrate routes/transport methods depends on you. We must compensate spontaneous freedom in order to avoid in-coherency. What I’m doing right now is to solve such problem. Let’s say we plan on climbing mountain. We start from preliminary investigation, training, mapping, getting gear, simulating before action. But unexpected happens (different map, bad weather, dead-end road, wrong gear, thin air, someone gets sick) when actually climbed. It is the same as game/movie creation. We encounter many various problems during dev from big to small but it never completes unless solving this problem. No point/choice of return. It’s only how we beat our brains out and aim the top of the target, that’s the best part.”

It is true, that open world games, stray from the strict nature of more linear titles. They provide the player with different ways in which to tackle a mission, or a multiple number of side missions and quests to solve, while pursuing the main goal or quest of the game. Titles like Grand Theft Auto, are an example of that, which even though they provide a main set of missions that lead to the completion of the main game, they at the same time provide multiple side missions that the player can complete at their own leisure. Most of the time these missions do not distract or take away from the main.

The recent, highly acclaimed, Middle-earth: Shadow of Mordor, is another great example of a similar nature. The player again, has many quests and tasks that are optional, but which can add experience and abilities to aid in the main quest and completion of the story. It is again however, up to the player in what ways to tackle these missions and whether on not to pursue them. 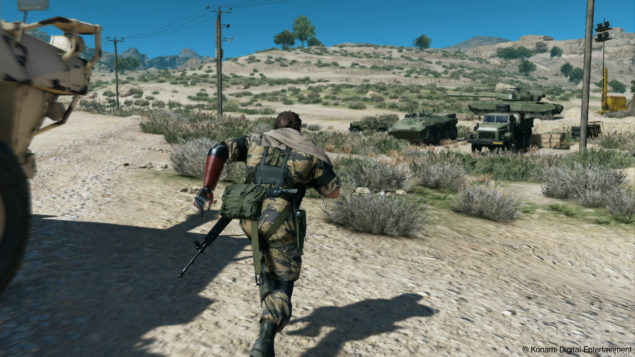 Metal Gear Solid V: The Phantom Pain, strays from the linear and guided structure of the series

On the other hand, the Metal Gear series has been, so far, giving the player a purpose, a goal towards which there was a linear structure, guiding the experience. Metal Gear Solid V: The Phantom Pain, strays from this formula. It brings the Metal Gear franchise into open world territory, and turns it upside down. Thusly, the difficult situation that Mr Kojima is facing. Metal Gear's nature is a much more serious one than, say, Grand Theft Auto. The player has to follow the game's missions one after the other, completing them in a timely manner and in certain given ways. Freedom and variety in which to complete them can be offered, but doing so, could potentially affect the impact of the game in some specific situations.

A linear structure, guiding the player towards a goal could prove more effective, but how do you then take advantage of the freedom of the open-world nature? Giving the player the option to choose between which missions to complete first, allows some freedom, but that has already been done, and it could prove not enough for some. Allowing more freedom to complete a mission could potentially distract the player, and the game loses its impact. Regardless, I believe that Hideo Kojima, will find some way, to ensure that Metal Gear V: The Phantom Pain, retains the series' strict structure and guided nature, while at the same time providing the players with enough freedom to warrant the open-world label.