New Metro: Last Light Gameplay Will Aim to Scare You Like Never Before

Metro: Last Light is a sequel to Metro: 2033, while the game has been scheduled for a 2013 release date that doesn't mean the game will shy away from appearances on the screens when it can, in the latest interview with the developers we learn that Metro is still as scary as ever if not scarier. The game will be as dark and unpredictable as the first and you never know when you might either have the hairs on the back of your head standing in fright or whether you will have a jump scare. In the dark world of this post apocalypse there is no holding back. 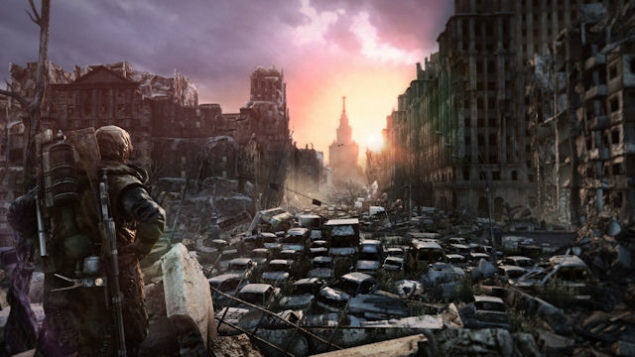 Metro: 2033 was a complete package, it had an amazing story, some of the best graphics I have ever seen on a PC game and it had the horror element down to where I wouldn't play the game for days but it seems that the developers are taking the horror up a notch as the world of Metro: Last Light will still not be forgiving and you will have a range of mutated enemies still fighting to see you dead on the ground. The protagonist of the first is making a come back and the story will continue where the previous left off and things will definitely be catching speed in his story as there will be constant chill and thrills brought on by various flashbacks and more events in the story to help it progress fast.

While the game isn't on the popularity level of say the Call of Duty or even the Battlefield series every person who enjoys a good high level graphics game owes it to their computer to play this game but be warned the game may not be able to run even on the mightiest of systems without having to sacrifice some form of eye candy, this game has become a benchmark worthy of the most extreme line processors and GPU's and even those still struggle to run a game as aged as Metro: 2033 on the highest settings with all the bells and whistles running. It will be no doubt that Metro: Last Light will carry on the legacy of it's predecessor and continue to be the most amazing looking game on the PC which only an extreme minority of the PC gaming will actually be able to run.