Right before the holidays a few weeks ago, Konami launched some brand new Metal Gear Solid V The Phantom Pain FOB events that have lasted until today, January 5th. A few hours ago the Japanese publisher has detailed the new FOB events for the next few days, but those who were expecting something new are probably going to be disappointed. 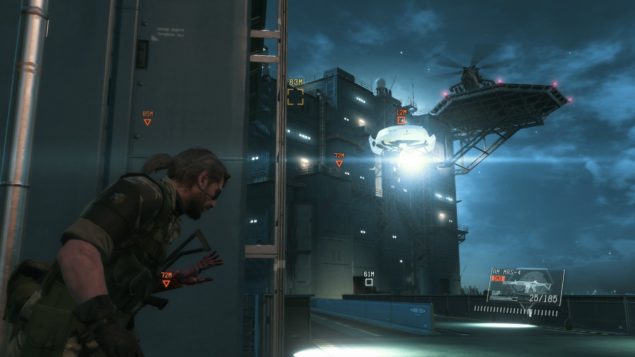 According to the Metal Gear Solid V The Phantom Pain Official Website, from today until January 12th, players will be able to complete the Mosquito's Legacy FOB mission. This mission is a beginner-friendly FOB mission which allows players to infiltrate an enemy's base without fear of retaliation. Depending on the number of obtained Event Points, players can get additional S++, S+, and S Staff members as reward.

Another Metal Gear Solid V The Phantom Pain event has been launched today. The new Sleep Gas Grenade upgrade event greatly boosts the player's PF's Offensive and Defensive capability if they have completed development of the Grade 7 Sleep Grenade. The event will run from today until January 19th.

If you've completed development of the sleep gas grenade [SLEEP-GRENADE] (Grade 7) during the event period below, your PF's [Offensive Capability] and [Defensive Capability] will get a huge boost. If you haven't developed it yet, put your R&D Team on the job right away!

Metal Gear Solid V: The Phantom Pain is now available in all regions on PlayStation 3, PlayStation 4, Xbox 360, Xbox One and PC. Metal Gear Online will be launched on PC this month.