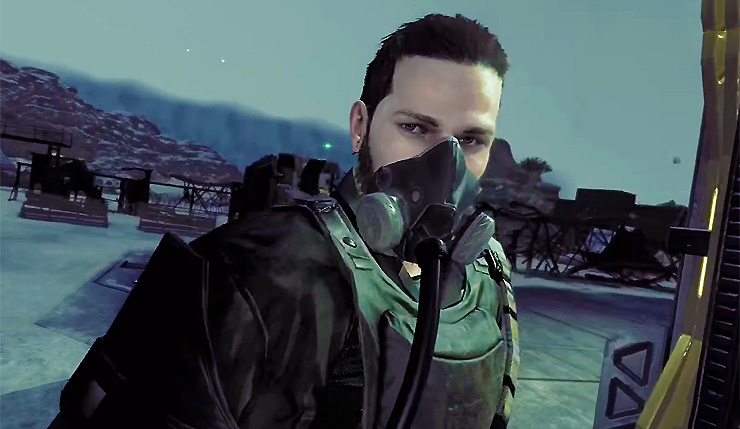 Okay, I may be coming around on Metal Gear Survive. Understandably, a lot of fans are still skeptical about the game following Konami’s ugly split with Hideo Kojima, but the latest footage (courtesy of IGN) actually looks...pretty fun? See for yourself, below.

The video kicks off with some storyline stuff, which, in proud Metal Gear tradition, is more than a little confusing. We start on a somber note, with bodies being collected and buried at sea following the attack on Mother Base at the end of Metal Gear Solid V: Ground Zeroes. A mysterious official seems to be particularly interested in one of the bodies, which he promises is “the key to everything.” We then see somebody materialize in the “world beyond the wormholes” via a portal. Is this the guy who was in the coffin? If so, how’d he get over being dead?

We then cut to actual gameplay, which confirms that stealth will still be a big element in the game. You can’t have a Metal Gear game without stealth, but Konami hadn’t shown us any of Survive’s sneaky business until now. Thankfully, the game will have all the grass-hiding, ledge-hanging, and vent-crawling action you’d expect from the series.

We also get another look at Metal Gear Survive’s crafting, melee combat, and base building. Ultimately though, it looks like the feature that will really set the game apart is the ability to summon traps and automated weapons at any time using wormholes. Spawn a slippery pad near a cliff and watch as zombies comically slide to their doom. Instantly summon fences and turret guns to annihilate zombies while you sit back and relax. I imagine clever players will come up with all sorts of inventive trap combinations.

Maybe, possibly becoming just the tiniest bit interested? Well, you can check out the Metal Gear Survive open beta, which runs from January 18 to 21 on Xbox One and PS4.

Metal Gear Survive roughs it on PC, Xbox One, and PS4 on February 20.