Some interesting information about the ample customization options in Metal Gear Online have been posted to the official Metal Gear Online Twitter account. Konami wants you to be able to express yourself uniquely on the battlefield.

There's nothing more horrible than looking like everyone other soldier on the battlefield. Same camouflage pattern, same gear and almost the same looking face too. Konami wants to change that by letting you have a great deal of options for what you look like in Metal Gear Online.

The game allows players to access different gear types, and one nice feature is the ability to change color, or even patterns on most gear

Some of the designers even showed off what just a simple color and pattern change could do to provide a measure of individuality, even more so than most customization options available even in the likes of the Battlefield series.

To demonstrate this, here is a shot of two identical pieces of gear, modified in color and pattern pic.twitter.com/9Gn5Y6eVFm

In any case, while it's not a groundbreaking level of options available, the differences do let you make your character more yours as opposed to just having whatever is standard on the particular class. Micro-transactions be required for even more customization options, however.

Metal Gear Online (3) is headed to the PC, Xbox One, Xbox 360, PS3 and PS4 when Metal Gear Solid V: The Phantom Pain ships on September 1st 2015. You'll be able to compete with 16 others even on current generation consoles. 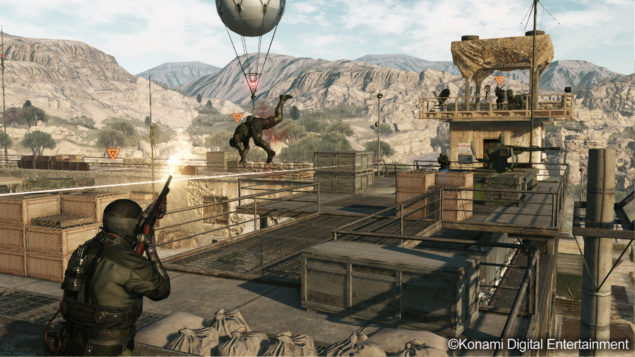