The #MGO servers are now up on PS4, PS3 and X360. XBox One coming soon.
Check the server status right here: http://t.co/RMLpZTAlFp

If you've been patiently waiting for the return of Metal Gear Online, you'll be greeted with the option to install it upon booting into MGSV. You'll be taken to your respective console's online store where you'll have a very lightweight download.

Metal Gear Online is considered a departure from the previous installment. The pace is much faster and teamwork is rewarded greatly. There's a small yet balanced variety of weapons to choose from and a plethora of abilities to apply to your character. Those abilities can be stacked, though on their own, each one seems to be useful.

The overall consensus thus far is that it's definitely different from MGO2, but that it provides a bit more friendly of a challenge with a faster pace that might be appreciated.

Metal Gear Online is available now as a free DLC for MGSV. It pits features 16v16 player combat with 3 game modes and a lot of mayhem. The PC version is still delayed until 2016. 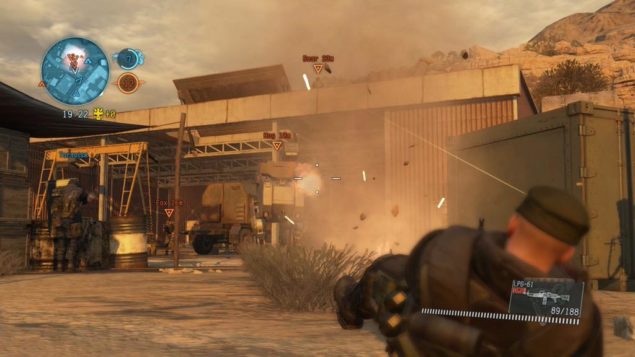