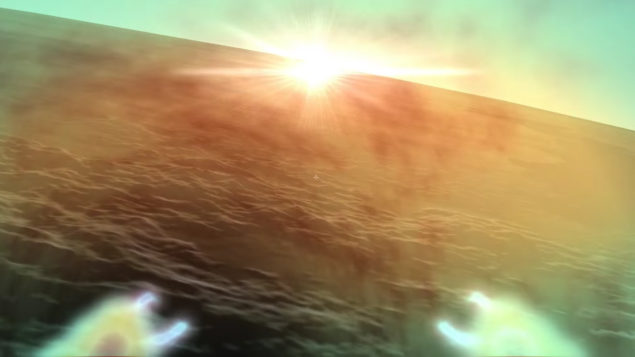 The indie developer environment is so vibrant and full of different ideas that it's hard to keep track of all of them these days.

There are those who seek to create a small, but exceedingly fine crafted gaming experience. And then there are the guys like Alfonso del Cerro, founder of Spanish studio Pentadimensional Games, who have larger than Earth dreams - literally. His game, Megaton Rainfall, features a virtually indestructible superhero capable of flying at supersonic speeds and destroying buildings with ease; think of Superman, but way less humanized.

His mission is the one you'd expect: save the Earth from aliens, but it's easier said than done when his blasts can just as well destroy cities with the procedural real time destruction of Megaton Rainfall. The Earth itself is rendered to scale and you can even fly all over the Milky Way if you want to.

Megaton Rainfall is scheduled for PC and PlayStation 4, with PlayStation VR and probably Oculus Rift/HTC Vive support. We have talked extensively with Alfonso del Cerro on technical as well as gameplay related details, and he even confirmed the target release window. Enjoy!