Mega Man and Pacman will be be giving Cole McGrath some company as PS3 / PlayStation Vita exclusive characters of the upcoming video game, but fans of Mega Man may not be pleased over what Capcom has done to him. Saying he let him self go is a massive under statement and this is either a clever joke from Capcom or a really cruel one, I don't know whether I should be glad or not to see an HD Mega Man after years of being in the dark but you should see for your self and be the judge. 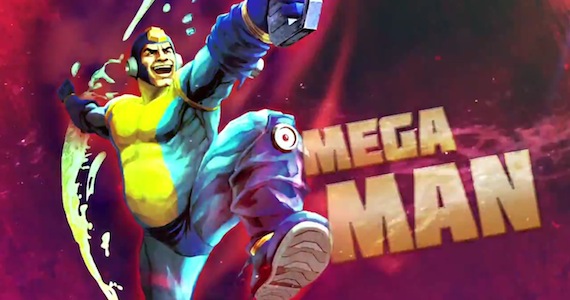 Capcom has been very funny lately; they have made the new Dante look like a virtual Edward Cullen, they put Phoenix Wright in Ultimate Marvel vs. Capcom 3, they managed to make Resident Evil less scary and more action shooter oriented and now they have taken the cake with putting Mega Man in Street Fighter X Tekken although judging by the new image Mega Man has taken I would say that he already beat us to the cake and a buffet.

While this is the first return of Mega Man after a VERY long time this is really awkward for fans and they are right now torn on either being very angry at Capcom or just take it as a joke, but whether you hate it or love it doesn't matter you will see Mega Man in the game. While Pacman is also included in the game he should be playable like Trone Bonne from Marvel vs Capcom (exo skeletal body) but along with these two and Cole McGrath we also see the return of Kuro and Toro, the two talk show hosts will also be PS3 / Vita exclusive characters.

The PlayStation 3 and the PlayStation Vita will get Five additional fighters over the XBOX 360 version which is similar to Mortal Kombat 9 getting Kratos as a exclusive playable character, so if you are a fan of the series you will definitely be getting a better deal with the Sony console as you get more characters to choose from :D.