How many of you remember that a few months prior to Modern Warfare 2's release date there was news about a level which let you play as a terrorist and you actually had to kill innocent civilians in a Russian airport? that level lit a very dangerous fuse for gamers every where that at one point the Russian government demanded that the level be removed from the game immediately and reportedly Infinity Ward was working a sole patch for the Russian version of the game to remove that one level. Whether that patch reached the Russian version of the game or not is not known to me but what I do know is that there is a new controversy ready to unfold and this time it's being done by EA in their upcoming project "Medal of Honor". 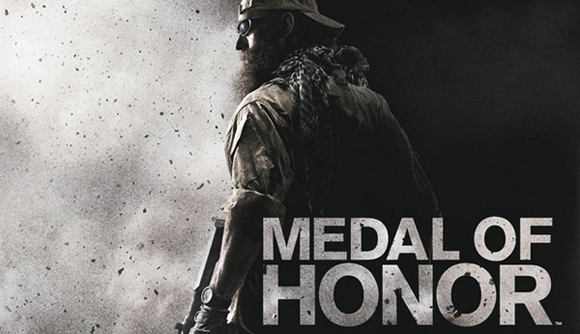 There are rumors that there will be a level where you play a Taliban soldier and will have to kill US soldiers, now THIS is quite a blow for EA, I mean sure shooting civilians in Modern Warfare 2 with an M240 was bad enough but this surpasses it! news of this level has really hit home to the families of fallen soldiers in Afghanistan who were killed by the wretched Taliban. This is a pretty low move on EA's end, they should have known that creating such a level WILL definitely draw attention, if not before it's release it would definitely draw attention AFTER the release wouldn't it? Yes I know its just a game but if it's only a game then why haven't there been 'games' been based on 9/11 as well where you have to fly the plane into the WTC? EA should definitely be ashamed of themselves for creating such a level, I remember when video games used to be free of controversy but now a days every game is becoming a spotlight hog and if that means that they will have to kill a few US soldiers to make a good game then let it be! It's a shame to see EA lose their standards. The Medal of Honor series was once one of the greatest FPS franchises alive and one of the earliest series too but this game has made me lose all respect for the game and its makers.

Karen Meredith, the mother of a fallen US soldier said,

“Right now we’re going into a really, really bad time in Afghanistan and we’ve just come off of the worst month of casualties in the whole war and this game is going to be released in October…So, families who are burying their children are going to be seeing this and playing this game. My son didn’t get to start over when he was killed. His life is over, and I have to deal with this every day…it’s just not a game.”

EA is trying to defend their game, especially in the multiplayer department, stating,

“In the multiplayer set-up, soldiers are fighting against the Taliban much like Allies fight Nazis in WWII shooter games. In Medal of Honour multiplayer, we give gamers the opportunity to play both sides”