EDGE is one of the first sites to get a sneak peek into Max Payne 3, after being incognito for nearly a decade it's time for Max to come out of hiding and make his return in glorious HD for the 360 / PS3! 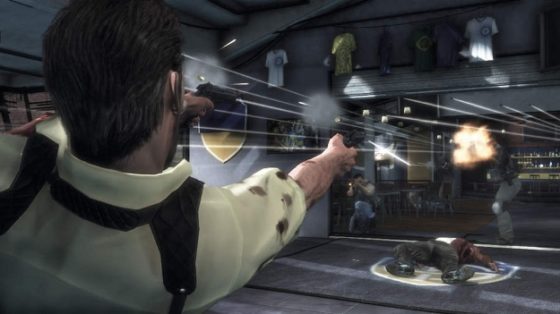 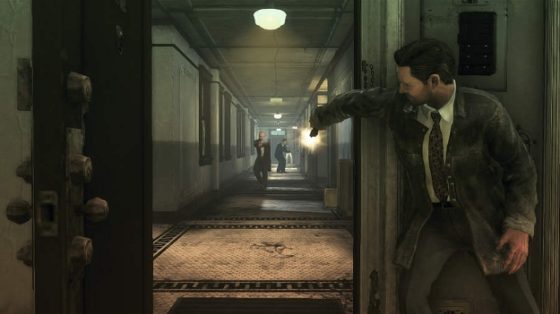 now THIS is the Payne we all know and love 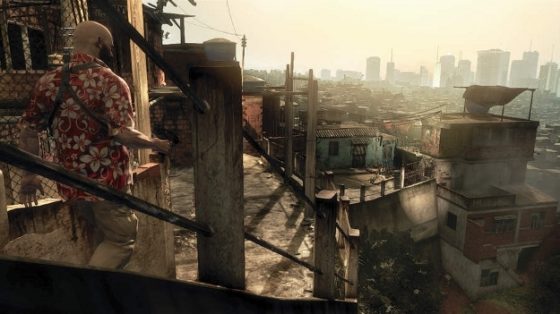 The story of Max Payne goes:

So now here we are – eight years after the events of the second game. Payne is out of the NYPD. Far out. Somehow, he’s drifted south, working as a private security contractor in São Paulo, Brazil’s mega-city of 41 million residents, where boundless wealth and extreme poverty exist on each other’s doorsteps. Payne’s main clients are the super-rich property mogul Rodrigo Branco and his two brothers, a politician and a party-loving dropout – a juicy setup for the series’ hallmark labyrinthine plotting.

Poor guy is probably crushed by the death of a certain lady at the end of Max Payne 2, some more gameplay details

The kidnap exchange takes place on the pitch of an enormous football stadium. In the opening sequence, Payne and his partner Passos are waiting in front of their helicopter, which has touched down in the centre circle. It’s a brooding, ostentatious setup, clearly inspired more by tech-savvy stylist Michael Mann than John Woo – an interesting indication that the series’ cultural reference points have moved on with the times. As the kidnap gang approaches, shots ring out – there’s another group on the scene, heavily armed and looking to get in on the action. Payne is hit in the arm and Passos drags him into the stadium, scoping out ahead as the player stumbles through the complex, looking for the medical room. There’s a health icon in the bottom right of the screen which is critically low and, as in the previous games, needs to be topped up by popping pills.

Throughout all of this, the action segments are intercut with an evolution of the old Max Payne story sequences. Now, instead of comic book frames, these dramatic plot pointers use the in-game engine and show an animated collage of action footage. It brings to mind TV series 24, and it’s just one of the ways Rockstar is seeking to both maintain and update key Payne elements.

There are multiple set-piece encounters as Payne and Passos move through the stadium, tracking a single kidnapper who has run off with the loot. We fight small skirmishes in various back rooms, later interrogating a wounded gang member in – aptly enough – the press interview suite. Then it’s out on to the terraces, blasting enemies as they clamber between seats while, in the distance, the skyscrapers of São Paulo loom on the skyline. At one point, there’s a tense sequence in which Payne, armed with a high-powered rifle, has to protect Passos, taking out approaching gunmen as his partner moves gingerly through the stands. Eventually, it’s clear there’s a sniper in one of the broadcast rooms at the base of the stadium’s TV tower, and Payne must work his way up there. Several times we walk in on bloody interactions between the two local gangs, and it brings to mind Half-Life – a feeling that you’re not the hero, you’re just one agent making your way through a violent and disordered world.

I just hope that this game doesn't become the next Duke Nukem and get delay after delay and I hope we can see this by late 2011 or POSSIBLY early / mid 2012, I really want to play this game ASAP.

Max Payne 1 and 2 were both EPIC games in their times and fans have been dying for a sequel since the tragic events of 2, but it's a mystery of why Rockstar never succeeded the game even though it was such a success, but at least it's good to know that the same people behind "Bully" (Rockstar Vancouver) are working on this game so now I can rest easy knowing this game is in perfectly capable hands :D.

While I may not agree with the new location as I have grown accustomed to Max being in New York this could be a good change of scenery for once, instead of navigating building after building it would be nice to see a little sun light / moon light in the open streets for once wouldn't you think?