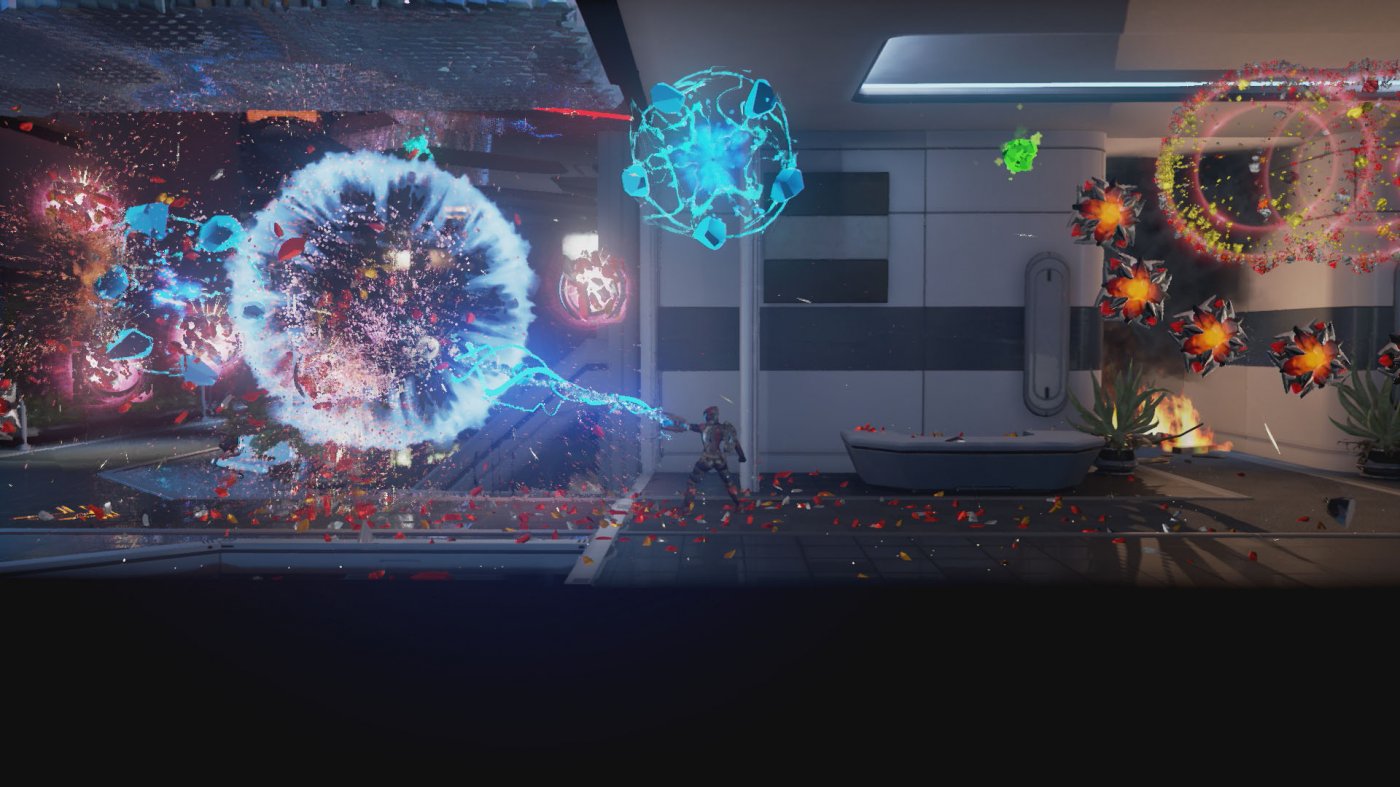 Mikael Haveri of Housemarque, a software house known for the renowned Resogun, Alienation and Nex Machina, has recently shared interesting information about the resolution and framerate of Matterfall, the new twin-stick shooter of the studio.

Housemarque team has already recently impressed us with the great Nex Machina, but now it's time to think about the next title of the software house, Matterfall.

As expected for mid-August, Matterfall is a side-scroller shooter that combines shootouts at platform stages and will be a PS4 and PS4 Pro exclusive title.

Mikael Haveri, the publisher who distributes the title, said in an interview to GamingBolt that Matterfall will run at 1080p/60fps on PS4 Pro, while on the normal PS4 resolution the game runs at 900p while maintaining 60fps.

Remember that Matterfall is published by Sony and it will invite us to use high-tech weapons across several levels. The game will benefit from a vertical architecture and can be played with the two sticks of the controller.

The title will test players with a mix of platform and shooting elements in a futuristic setting with lots of verticality. Those who will pre-order the game from the PlayStation Store - at $ 19.99 - will also receive the avatars of Insignia 1, Insignia 2, Avalon Darrow 1, Avalon Darrow 2 and Rammer.

We remind readers that Matterfall will be available from August 15th on PlayStation 4 only.