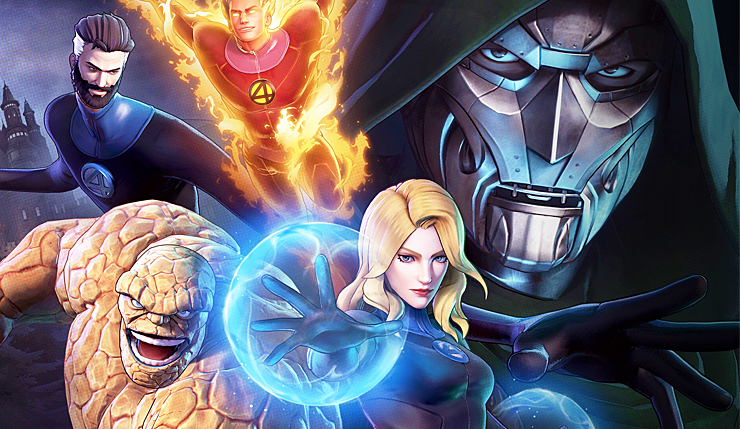 It’s been a while since players of Marvel Ultimate Alliance 3: The Black Order got any new content, but thankfully, Nintendo has finally revealed a release date for the game’s third (and final) DLC pack. The update will be Fantastic Four themed, adding Mister Fantastic, The Thing, Human Torch, Invisible Woman, and the dastardly Doctor Doom to the game.

Assemble your Ultimate Team with some heroic new additions. The Fantastic Four will join the alliance to take on the man in the iron mask himself, Doctor Doom, when MARVEL ULTIMATE ALLIANCE 3: The Black Order DLC Pack 3 – Fantastic Four: Shadow of Doom releases on 3/26! #MUA3 pic.twitter.com/2ZZwCdLTEs

Ah, but there might be even more in store! Per a largely-overlooked data leak from back in January, DLC Pack 3 may be getting some new story content. Previous DLC packs have included new modes and arcade-style challenges, but datamined voice lines from DLC 3 include mentions of the Negative Zone and Doctor Doom’s capital city of Doomstadt, indicating all-new locations might be added. It’s also hinted players might be going up against Galactus himself, which would make sense given he’s one of the Fantastic Four’s most memorable villains (after ol’ Doc Doom himself).

Marvel Ultimate Alliance 3: The Black Order is out now on Nintendo Switch. DLC Pack 3 will be available to download for Expansion Pass owners on March 26. Anybody still playing this game? Excited to play as Marvel's most fabulous foursome?