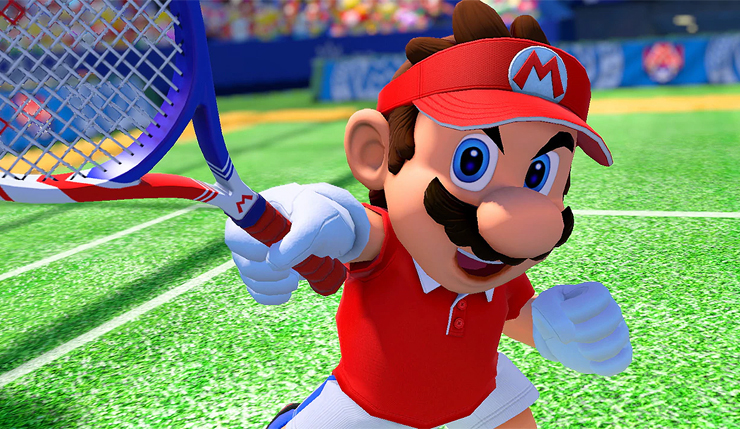 Eager to try out the Nintendo Switch’s next big original title, Mario Tennis Aces? The game doesn’t launch until late June, but Nintendo will be holding a Pre-Launch Online Tournament (essentially a beta test) earlier in the month. Before we get to that, why not check out a couple new Mario Tennis Aces trailers? The first trailer is an introduction to Mario Tennis Aces’ story, while the second, longer trailer provides a more detailed overview of the game (the video is in Japanese, but it’s easy enough to follow along).

The Mario Tennis Aces Pre-Launch Online Tournament will only include four characters at first (Mario, Yoshi, Bowser, and Peach) although you’ll be able to unlock a further five unspecified characters. You’ll be able to play against other people online or against AI opponents, although you’ll need to have an online connection either way. Everybody who participates in the tournament will unlock Mario’s classic overalls for the full-release version of the game, which is definitely good news for those who don’t like being able to see Mario’s legs.

For those who haven’t been keeping up, here’s the full Mario Tennis Aces rundown from Nintendo:

“Mario Tennis Aces brings a new level of skill and competition to Nintendo Switch. Mario steps onto the court in classy tennis garb for intense rallies against a variety of characters in full-blown tennis battles. New wrinkles in tennis gameplay will challenge your ability to read an opponent’s position and stroke to determine which shot will give you the advantage. And this time the game adds the first story mode since the Mario Tennis game on Game Boy Advance, offering a new flavor of tennis gameplay, with a variety of missions and boss battles.”

Mario Tennis Aces smashes onto Nintendo Switch on June 22. The pre-launch tournament kicks off on June 1 at 7am PT and wraps up on June 3 at 4pm PT.