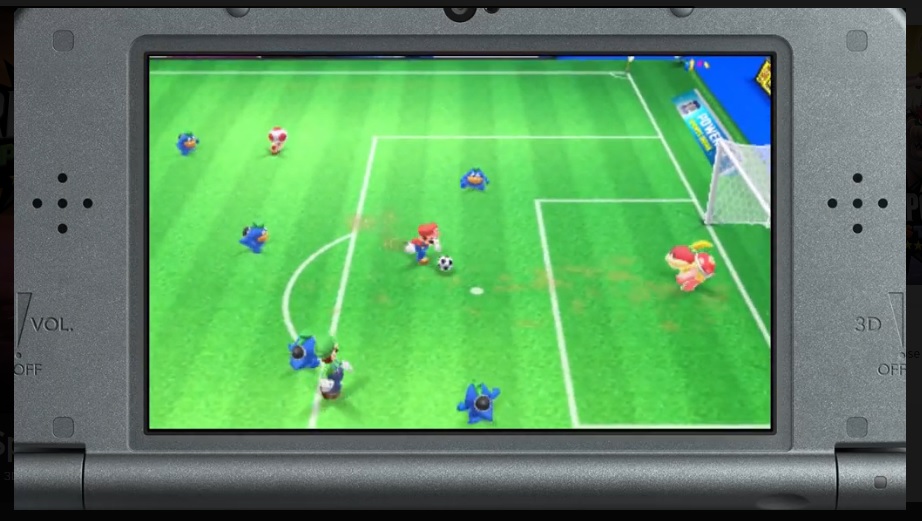 It's pretty surprising how amazing this overweight plumber is at sports. Nintendo released a trailer showing off the soccer portion of Mario Sports Superstars for the 3DS.

Mario Sports Superstars is a collection of sports games starring all your favorite Mushroom Kingdom residents. The sports include baseball, tennis, soccer, golf, and horse racing. The trailer released today by Nintendo shows the soccer portion will play a lot like Super Mario Strikers on the Gamecube.

The game was announced during September's Nintendo Direct in which we found it was being developed by  Bandai Namco Studios and Camelot Software Planning.

Choose different offensive and defensive formations while also managing your team. Essentially it'll play like your typical arcade soccer game except for more goombas and power shots. Each mode offers a single player tournament in addition to the local and online multiplayer modes.

A few months ago we heard a rumor that a Switch version of the game was in works from a french journalist who's had a decent track record with Nintendo related predictions. A Switch would make a lot of sense considering the style of game fits pretty well for gaming on-the-go as we've seen in the numerous trailers for Nintendo's hybrid console.

Mario Sports Superstars comes to Nintendo 3DS in Europe March 10 and North America March 24. The game will also launch with its own line of amiibo cards that'll add neat bonuses to your matches. The packs of five can be purchased for $4.99. For a limited time, each retail copy of Sports Superstars will include one amiibo card.