Another game joins the list of Mantle supported titles. This time it's Sniper Elite III from Rebellion. Mantle support for Sniper Elite III was planned from the beginning. However like most other Mantle enabled titles the aggressive release date set for the game prevented the developers from adding support at launch. 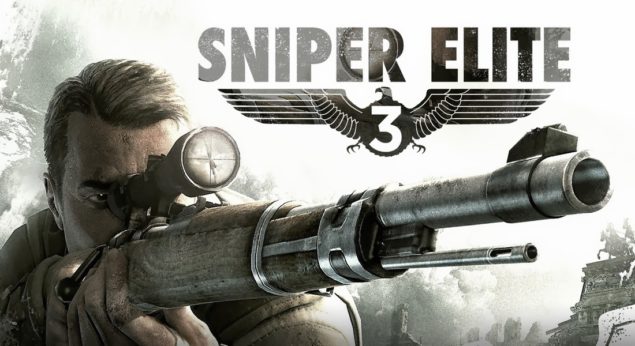 Mantle has been added to the game via an update. Which Steam will do automatically for you. The new update also includes a new benchmark mode that's compatible with both DX and Mantle.

Rebellion's Sniper Elite III has been developed on the Asura engine. Which Rebellion claims has been built to circumvent a lot of DX11's weaknesses. Even with that in mind the team has managed to drastically improve the performance of the game through Mantle.

What's perhaps most impressive is that not only did Mantle deliver higher and more consistent framerates. But the low level API also achieved that with better power efficiency. By improving the performance scaling across all CPU cores and reducing the CPU overhead overall. The API allows the game engine to deliver better performance with lower resource utilization and thus lower power consumption.

Enhanced power efficiency may not sound very exciting to enthusiasts. But because the CPU doesn't have to deal with as harsh a workload is it normally does with DX11. You can leverage the lower power and reduced heat to push your CPU clocks even higher. Delivering even better overall performance.

The Mantle version clearly shows a much more balanced CPU load across the cores – though the total CPU utilization has only dropped from 23% on DirectX 11, to 21% on Mantle. The more balanced load is exactly as we’d hoped, since all the Mantle API calls are now distributed across the available cores by our Asura engine’s multithreaded task system, just like we do for other systems like AI, animation or physics.

The size of the frame rate increase is a pleasant surprise, as frankly at this stage in development we were expecting to have a more equal frame rate when GPU bound. There’s still a fair amount of scope for increasing performance with Mantle, particularly as we’re not yet taking advantage of the Asynchronous Compute queue. This would allow us to take some of our expensive compute shaders – like our Obscurance Fields technique – and schedule them to run in parallel with the rendering of shadow maps, which are particularly light on ALU work.

With Mantle enabled the AMD Radeon cards beat out their more expensive Nvidia GeForce counterparts across the board. With the R9 290 series even outperforming Nvidia's latest top dog Maxwell card the GTX 980. In summary Rebellion lists the following benefits to using Mantle.

Currently there are four games which support Mantle. Battlefield 4, Thief, Plants vs. Zombies and Sniper Elite 3. There are 13 confirmed games with mantle support in development as of July of this year and 9 additional games with Mantle support pending. Yuu can find the entire list as provided by videocardz here.

You can find Rebellion's full write-up on Mantle here and additional benchmarks below.