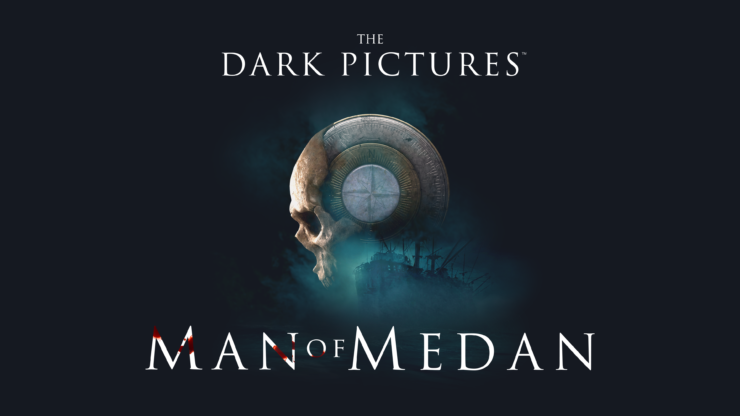 Man of Medan is a game that interests me a huge amount. I had the chance to play it at both Gamescom and EGX and, even though the second time I knew what was coming, I still found it incredibly atmospheric and creepy. Tension gets built, you get put on edge and the game toys with you that bit more.

Last Month our very own Christian wrote his preview from a hands-on session with the game and, much in-line with my own thoughts, finished by saying "Supermassive Games are once again raising the bar for creating a highly polished horror experience". I couldn't agree more. Fortunately for me, at EGX I got to speak to Tom Heaton, the Game Director of Man of Medan.

Chris Wray: So, if you wouldn't mind introducing yourself again for the interview. I'm Chris, I think.

Chris: So that's how you pronounce it (Man of Med-an). I've been saying it wrong every single time, Man of Mead-an. I like Mead.

Chris: So the game I'm most familiar with from yourself is Until Dawn. I was able to play Man of Medan for the first time at Gamescom and I've played it again now. Incredibly atmospheric game. Will it run in the same way as Until Dawn, with branching narratives and multiple choices?

Tom: Yeah, it will. So Man of Medan is the first of a series of games called the Dark Pictures Anthology. All of those games will have big, branching narratives. That's one of the key things behind them. They'll all be horror and all be cinematic, that's the kind of game we make.

The branching is a big part of it. These are strong, compelling narratives where you as a player get to make decisions or do things that affect the story. The story will change, twist and turn, depending on what you do.

Chris: So Horror as a number of sub-genres. Until Dawn followed the slasher sub-genre, so is the idea that you're going to go through all of the sub-genres?

Tom: Yeah, that's one of the ideas behind the anthology. So, we sat down, had a meeting and counter all of the sub-genres of horror that we could, we got to 39. There's probably more!

Chris: That means I'm going to have to list all of the sub-genres now.

Tom: [laughs] As soon as you start thinking about it you're like "oh, there's that one as well". There are a lot and one of the ideas behind the anthology was that it would give us the opportunity to play with each of them. We'd get to know them, understand them, watch the movies and read the books. We'd also get to know the tropes and work out how to subvert them and make a really compelling experience out of them.

Chris: So in Man of Medan, or at least when I played it, I started on a ship and I'm being shoved forward by some guy. I'm guessing it's not a collection of friends since the bloke that was shoving me didn't seem too friendly. What is the story about?

Tom: It starts with four friends that are going on a holiday of a lifetime to the south Pacific to do wreck diving. That's their thing. They're also accompanied by the captain of the ship they charted, Fliss, who you played in the demo. They run into these local fishermen and they have a dispute with them and then they all get caught in a storm and end up on this ship in the middle of the Pacific. The radio's out, the engines out, so they're stuck and there's something scary on board.

Chris: So a haunted ship style of story?

Tom: Yeah, I'd say this is a ghost ship story. So there are the guys you're playing and there are the other people as well. There's some tension between the two groups.

Chris: [laughs] I could tell that there's some tension there. You've also captured and built the atmosphere incredibly well. One part that has stuck with me even from over a month ago is where you're walking through a hallway, the camera is positioned in the corner on a dead body. As soon as you walk through the skull moves. I ended up going back and focusing on that body, sure it was going to get me. It didn't, which was worse, do you have a lot of these elements or is it a red herring of sorts?

Tom: It's not really a Red Herring, but it's part of the wider story. I can't really talk about it, obviously, I don't want to spoil any surprises. That particular little event is part of trying to build the atmosphere. As you're walking around we're creating heightened tension and atmosphere, we want to keep you in that as a player.

We get you into that state, on edge. As you say it's creepy corridors, cameras that don't quite give you a view of everything. It keeps you in a really nice state of anxiety levels going up the whole time.

Chris: Understandable, and it's working. With Slasher flicks it goes for jump scares more than most. The thing is that too many horror games, even those that claim to be aiming for tension, rely too much on Jump Scares. With Man of Medan, I imagine you're aiming for something that is constantly building? It certainly seems to be that way and working from what I've seen.

Tom: Absolutely. I can't hand-on-heart say we never use jump scares, of course we do.

Chris: Naturally, they're a very useful thing when placed right.

Tom: Yeah. It's like when you watch a horror movie, they'll slowly build tension, almost to the point that it's unbearable and you're actually willing something to happen so you can relax. We're trying to do a similar thing but in a game scenario, where it's a slow-building tension. That's very important for us.

Chris: So when playing I noticed that you do have some aspects of this. Such as walking through a little puddle of water and the hands grab her from under that water. Can you give me any hints about the story? Is it haunted by past crewmembers, a strange cult?

Also, will the game also give you the full story as you play through it or will there be side elements that allow you to uncover more about the story, what's actually happened?

Tom: So I can't tell you the story. So Fliss, when she sees that body, that's the first skeleton she's seen. That's the start of her realising something's gone wrong. You found the dog tag I guess?

Tom: So she knows there's something wrong. She's starting to piece together what's on the ship. One of the systems we've got in the game is secrets. Sometimes when you pick something up it'll say secret found. In the full game, you'll be able to go to the front-end and look at those secrets, find out a little bit more about them. You'll be able to piece them together and start to work out what the mysteries of the ship are, what the underlying story is.

Chris: The choice elements. The ones I saw were very quick, reactive. Will you also have ones that are more contemplative, giving you the chance to sit down and think about things?

Tom: Absolutely. We've got three types of gameplay really. One is exploring around the creepy ship and finding things. Another is the action sequences that you've mentioned, very fast paced, quick and life or death. Then there we have choices that we've tried to make as difficult as possible, where there are no easy answers. You're choosing between a rock and a hard place really, but you can take your time and work out what's for the best.

Chris: So the core element will naturally be surviving the ship. So then would a secondary element be piecing together the narrative?

Tom: I think it's how much people want to engage. Some people will want to play it just to scare themselves. Tell a great story, get really scared and have a great time. Other people will want to come in, find everything and piece it all together and really immerse themselves in the very rich world we've created. They'll be able to do that as well.

Chris: So will Man of Medan, and the rest of the Chronicles, follow the same element where your decisions will result in the death, or survival, of the characters?

Tom: Yeah. So we have five playable characters and every single character can live or die and it can happen all the way through the game. By the end of the game, you'll always get to the end of the story. We'll always tell you a good story but we've no idea who is going to be there at the end. It may be everybody or it may be nobody at all.

Chris: So you can still have nobody survive at all?

Chris: I'm not sure about that! With most horror films, how people act, I usually want them all to die. That's the best part of Until Dawn, the catharsis of the slasher flick where you're thinking "these are all annoying, come on, kill them all".

Tom: We've got a wide range of characters. They're very rounded and complex. Everybody will have their favourite, I think. There'll be some characters that people don't like and some that they really like. I'm sure there'll be ones that people want to kill, I've got no doubt.

We know from Until Dawn that people will get to the end of the game and immediately start replaying it to explore the other branches and kill everyone. First of all, people usually try to save everyone, then they try to kill everyone.

Chris: So, it's a loaded question and almost impossible to say due to the branching narratives and chances to explore, but how long will Man of Medan be?

Tom: A single playthrough will be in the range of around four hours. But again, it may be a little higher or a little lower depending on your choices.

Chris: So with Until Dawn you had Rush of Blood, will you also look to expand on Man of Medan in VR as well?

Tom: Not for this series. VR has been really important to us as a studio, we've done Rush of Blood and a few other VR games as well. Dark Pictures is traditional gaming. It's cinematic, you know, it's that kind of cinema screen quality and drawing from cinema, giving people an experience like watching a film but where they can control the characters.

Chris: When is Man of Medan coming out and on what platforms?

Chris: Excellent, so it's going to be multiplatform. Have you considered a Nintendo Switch version?

Tom: It's the first time we've gone multiplatform but we're not looking at the Switch at all. We're concentrating on getting it as good as we can on those three platforms.