The famous "Minecraft" creator Mr. Notch Persson recently revealed a new space game Called " 0x10c". The title is in early stages of developments but some of the revealed feature's from the official Site say's its going to be one unique and interesting genre. "Minecraft" was itself one of the best selling  indie game   and yet this title looks promissing as well, game's official website has gone live and describes 0x10c as taking place a parallel universe where the space race never ended but continued with the ultra-wealthy and mega-corporations taking over. 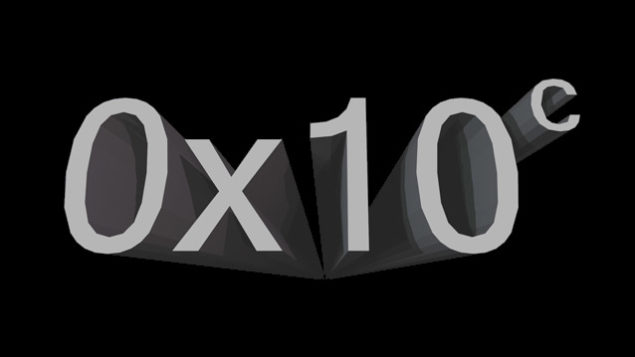 It's now the year 281 474 976 712 644 AD, and the first lost people are starting to wake up to a universe on the brink of extinction, with all remote galaxies forever lost to red shift, star formation long since ended, and massive black holes dominating the galaxy"

Each player's ship will include an emulated 16-bit CPU:

"Each ship has a generator capable of producing a fixed wattage, and everything you connect to it drains wattage. A cloaking field, for example, might require almost all the power from the generator, forcing you to turn off all computers and dim all lights in order to successfully cloak."

"The computer in the game is a fully functioning emulated 16 bit CPU that can be used to control your entire ship, or just to play games on while waiting for a large mining operation to finish"

According to current information available.

The game will be a singleplayer campaign and multiplayer action, It's still uncertain as to whether there'll be a subscription for multiplayer.

The price tag for the title is still undecided, but it's likely there will be a monthly subscription for joining the Multiverse as they will have to emulate all computers and physics even when players aren't logged in, sounds like a lot of work.

Some of the feature of game will include:

There is no official release day of the game as it is in early stage of development, "Notch" and developers said that "we expect to release it early and let the players help me shape the game as it grows".