Makeblock is a kid-friendly robotics company, and it has just released a new gadget-building platform called Neuron. Neuron is a lot like Lego, only combined with a bit of Littlebits and voila! You get 30 new blocks with different functions that kids can join together and make science experiments out of or gadgets like internet-connected cat feeder. The cool part about Neuron is that it can work with Lego and Microsoft’s Cognitive Services AI Platform.

You can program the kit once it is set up with Makeblock’s mBlock. mBlock is a programming system customized for children. It is fairly simple and easy to use. It is based on the Scratch 2.0, which is a code teaching program for children, with “no prior coding knowledge necessary”.

For now, it comes in 6 different kits: Explorer, Explorer Pro, Light Wizard, Science Lab, Smart Life, and All-In-One. Each kit comes with the basic blocks like a light sensor and adjustment knobs. The kits also include cold cathodes, WiFi, camera blocks, voice sensors, Bluetooth and ultrasonic and display modules. Kids can play around and create their own masterpieces.

It also has additional features like a remote control WiFi, a third-party software which includes the Microsoft's Cognitive Services AI platform, and Lego compatibility. One can basically use Lego blocks for structural integrity of the object created and control it through a smartphone. Kids can also perform small tasks like watering plants. 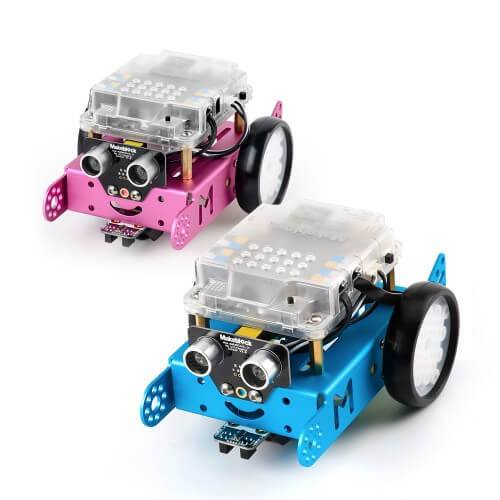 The Neuron project has launched on Kickstarter but the price is quite a bit of a problem. Each kit costs $69. But a China-based company, Shenzhen, has stated that they have already sold their products to 25,000 schools. They have launched other Kickstarter campaigns as well, which include the mBot robot building kit, the Codeybot teaching robot and the Airblock drone-cum-hovercraft. The hovercrafts earned $830,000 on its own. So Makeblock’s Neuron may just have as much of a great chance.