Major failure by Anonymous, protests were a bust

So apparently Anonymous, a group of basement dwelling "hackers" had planned on staging a protest outside Sony stores but in the end everything back fired when they were greeted by disappointment and a lot of tumbleweed. The protest was to last from April 16th - April 17th but the end result? Their "supporters" were a no show :D. Here are some hilarious statements recorded by the protestors:

“I went to the Sony Outlet in San Diego in the San Ysidro mall. No One was there. I didn’t have materials to make signs. I didn’t have the ink to print fliers. I don’t own a mask. And NO ONE was there. Do you know what I did? at first I waited, then I stood outside the store and I talked to people. I stood there, alone, simply asking people to listen and telling them what was happening.”

“Well I went to Costa Mesa and no one there, went to LA … no one there… so I stuck fliers places till I got kicked out haha mostly fail if ya ask me"

“Just went to a Sony store for the first time in my life!. Bought a Bravia 🙂 ”

The last statement made me laugh my self into a comma lol, A protest turned into a sale 😀 Here are some hilarious pics of their little "protest" 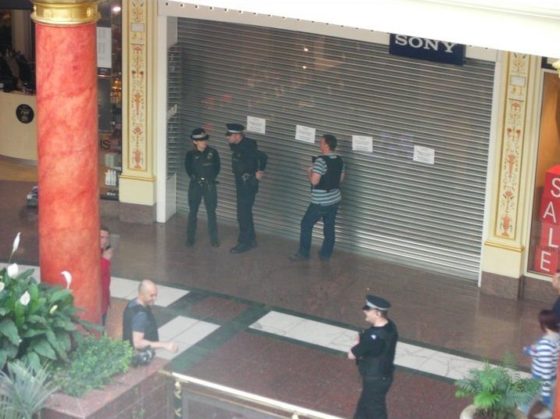 Oi I was told there'd be protesters here, I wanted to kick some nerd ass today 🙁

Anonymous was nothing but a bunch of basement trolls after all who were looking to earn their 15 minutes of fame but all they earned them selves was a quick trip to Humiliation street just opposite of Fail Avenue.