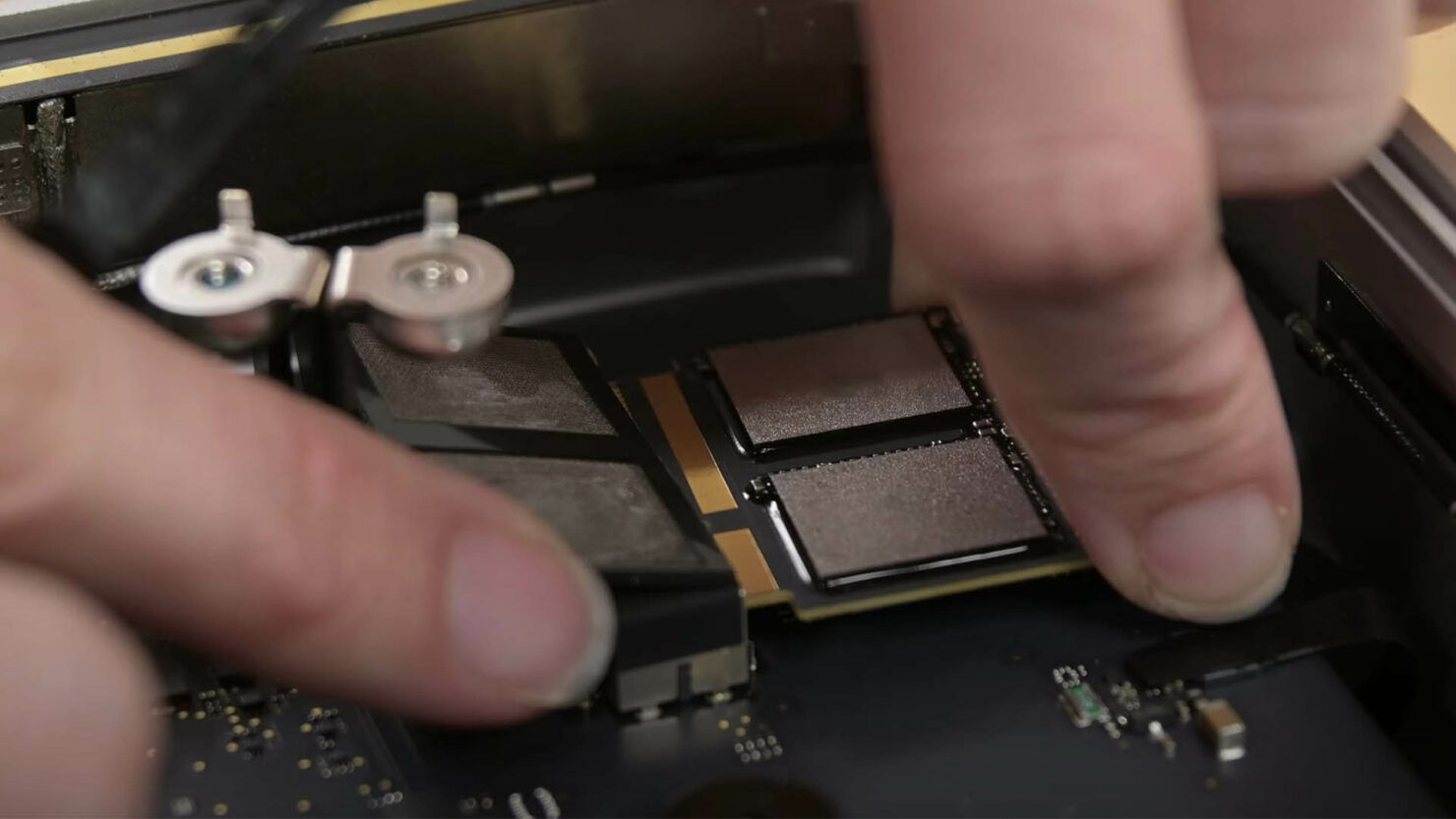 The Mac Studio was finally in possession of iFixit, and right off the bat, we get a closer look at its innards, revealing some interesting choices made with the storage. Though users can easily swap out the module, and there is also a spare slot to expand it, increasing the internal memory is not as easy as it looks, as you will soon find out.

Mac Studio Might Have a Spare Storage Slot, but Only in Certain Scenarios Will Users Will Be Able to Upgrade It

Since the unified RAM is a part of the M1 Max, upgrading it will not be possible, as shown by iFixit’s teardown. Thankfully, Apple was kind enough not to solder the storage to the logic board, as it is easily swappable once you gain access to the machine’s innards. Sadly, though there is an extra storage slot available, increasing your storage is more than complicated, as iFixit reveals that swapping one Mac Studio storage module with another one kept giving DFU configurator errors.

Only when drives of the same capacity were used, the Mac Studio was able to boot up properly, showing that while upgrading storage is possible, it is mired by limitations. The teardown also reveals ‌M1 Max‌ ‌Mac Studio is equipped with‌ a massive heatsink paired a dual-fan assembly, which is aimed to provide the best cooling performance in this package. iFixit claims that the fans are much bigger than the ones present on previous Mac, so it is refreshing to see Apple incorporating some serious cooling into products bearing a smaller form factor.

The internals of the ‌Mac Studio‌ are challenging to get into, but not impossible. Apple made the teardown complicated with the addition of brackets, connectors, and torx screws. The modular ports make repairs more straightforward, but soldered RAM and lack of direct storage expansion mean users will have to configure their machines at the very beginning, meaning they will have to shell out a ton of money during their initial purchase. Overall, iFixit gave the Mac Studio teardown process a repairability score of 6 out of 10.