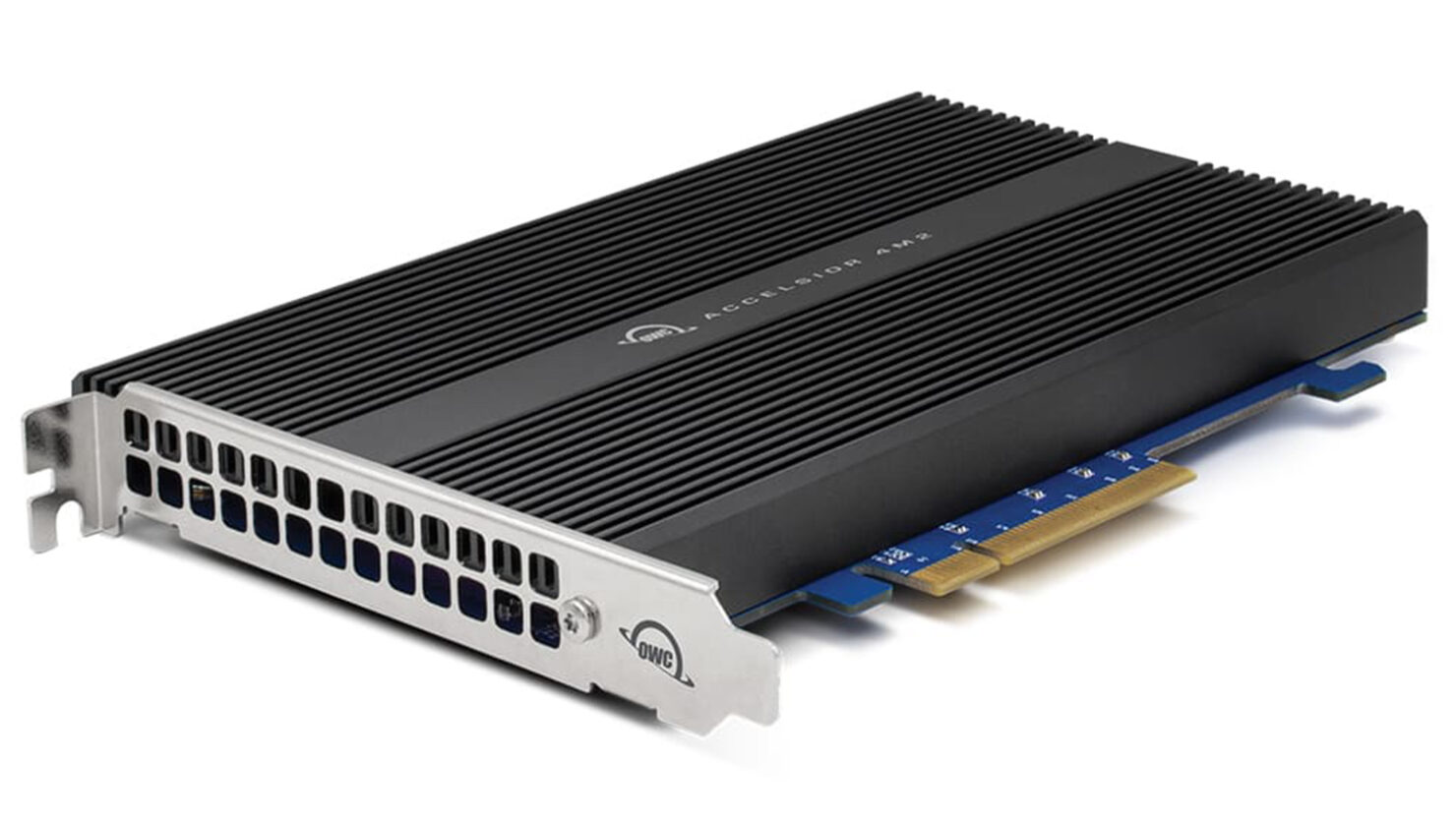 Just a few hours ago, Apple made the 8TB PCIe SSD storage upgrade for the Mac Pro available to configure, that is if you didn’t purchase the machine already. That’s a sweet little increase from the 4TB of storage Apple was originally maxing out at, but there are a few reservations that customers wanting to get the Mac Pro will have. One of them is the $2,600 premium that’s attached with going from 256GB to 8TB of PCIe NVMe storage. OWC believes it has a better and cheaper solution at hand called the Accelsior and it can be used to upgrade the existing storage on your Mac Pro.

If you not only want cheaper, but faster storage at the same time for your Mac Pro, the OWC Accelsior PCIe SSD family should be the ideal upgrade. Considering the number of free PCIe slots a 2019 Mac Pro has, it’s hard to believe that there won’t be any space available for upgrading the storage anytime soon. What’s even better is that Apple’s existing PCIe SSDs offer speeds up to 3400MB/s.

The new OWC Accelsior 4M2 offers up to a jaw-dropping 6000MB/s data transfer speeds and that will only set you back by $1,600 for the 8TB model, saving you $1,000 in the process if you chose Apple to upgrade that storage. However, if 8TB of PCIe SSD storage is overkill for your needs, OWC has smaller capacities that you can get for a cheaper price. The base model offers 1TB of storage and is available for $480, followed by the 2TB version of $630 and 4TB option for $950.

Though you can place an order right away, do note that the new models are expected to ship out starting December 30. The new wave of SSDs is also compatible with PCs, assuming you have an available PCIe slot that needs to be populated.