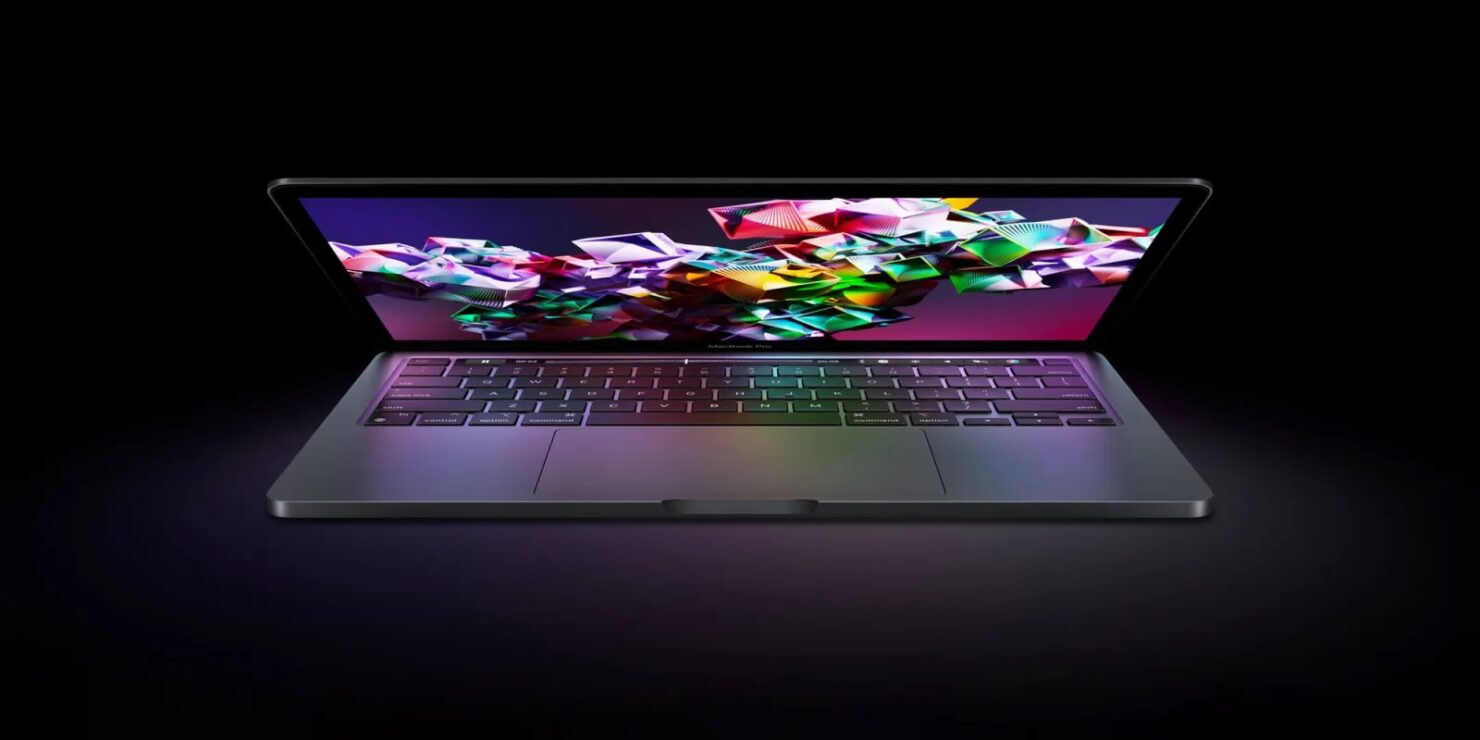 With an unchanged design from the outside, the M2 MacBook Pro would have surprised lots of consumers if it got a makeover on the inside, but unfortunately, that is not the case. Here is a first look at the internals, and while it is not an elaborate find, it reveals how little effort Apple put in to this model.

A detailed review of the M2 MacBook Pro was published by NotebookCheck, who also managed to open the aluminum back cover of the machine, revealing the cooling solution, battery and the component placement. Just like how Apple re-used the same chassis, from a first glance, it looks like all that is changed is adding the new M2, coupled with improved unified RAM.

Even the cable that runs along the middle and covers a portion of the battery has not been switched. We found out that the M2 MacBook Pro bears similarities to the M1 MacBook Pro by comparing it against an image uploaded by iFixit when they posted their teardown of the 2020 portable Mac. Placing the new image from NotebookCheck and comparing to the one iFixit posted, we find that even the cooling solution and other areas remain unchanged. 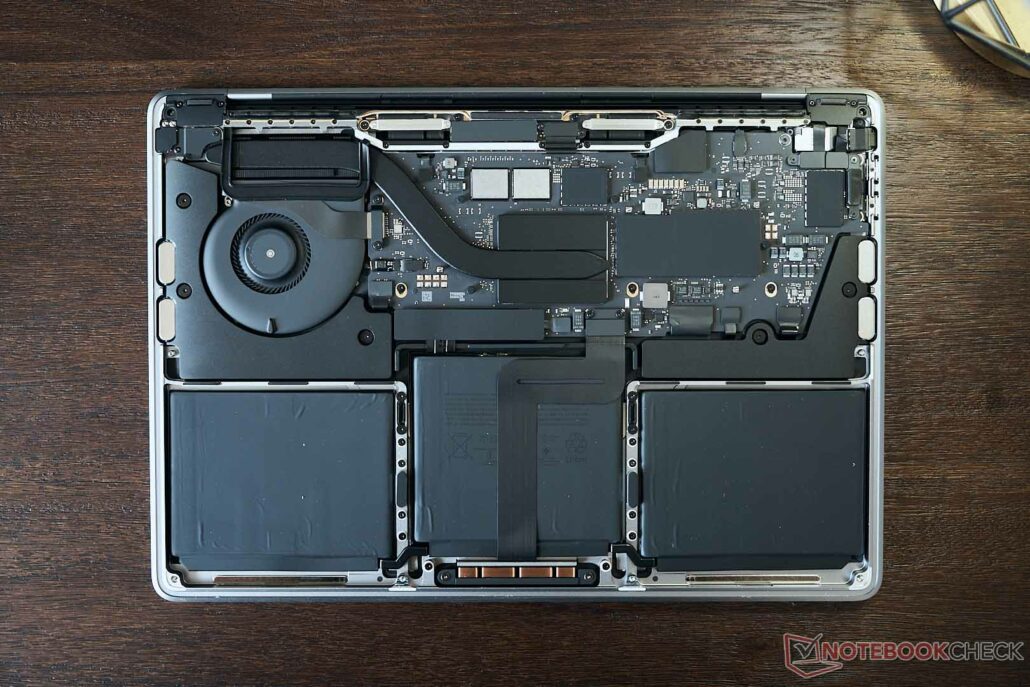 M2 MacBook Pro with its back panel removed

While we should have expected Apple to make some changes on the inside, we understand why this approach was followed. Testing a new notebook design requires millions of dollars of R&D. Apple probably invested this amount when it was ready to mass produce the M2 MacBook Air. Though the M2 MacBook Air is yet to officially launch, its redesign compared to the M1 MacBook Air will also mean that the innards have changed drastically.

Apple may have launched the M2 MacBook Pro earlier than the M2 MacBook Air because it already had the parts that make up most of the notebook. It could have also told suppliers not to churn out a massive shipment of this portable Mac because a ton of customers are eagerly waiting for the redesigned MacBook Air. 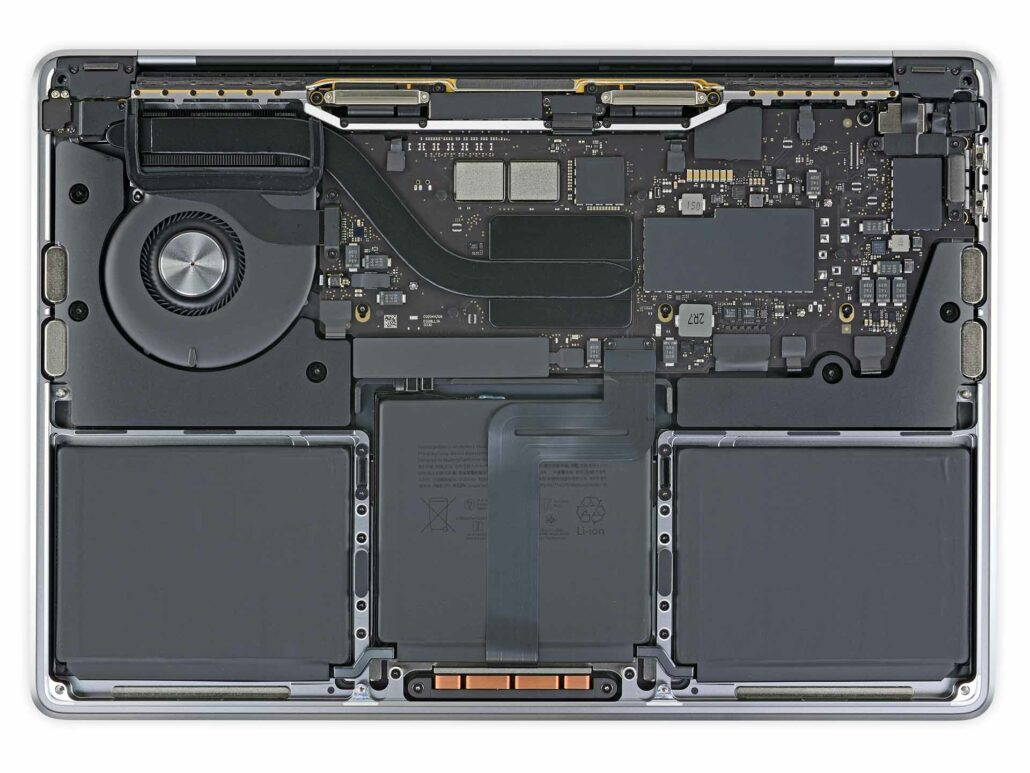 Since NotebookCheck did not perform an actual teardown of the M2 MacBook Pro, it is possible there are some changes made when bits and parts of the device are removed and examined. To find out, we will have to wait for detailed teardowns to come through, so stay tuned.