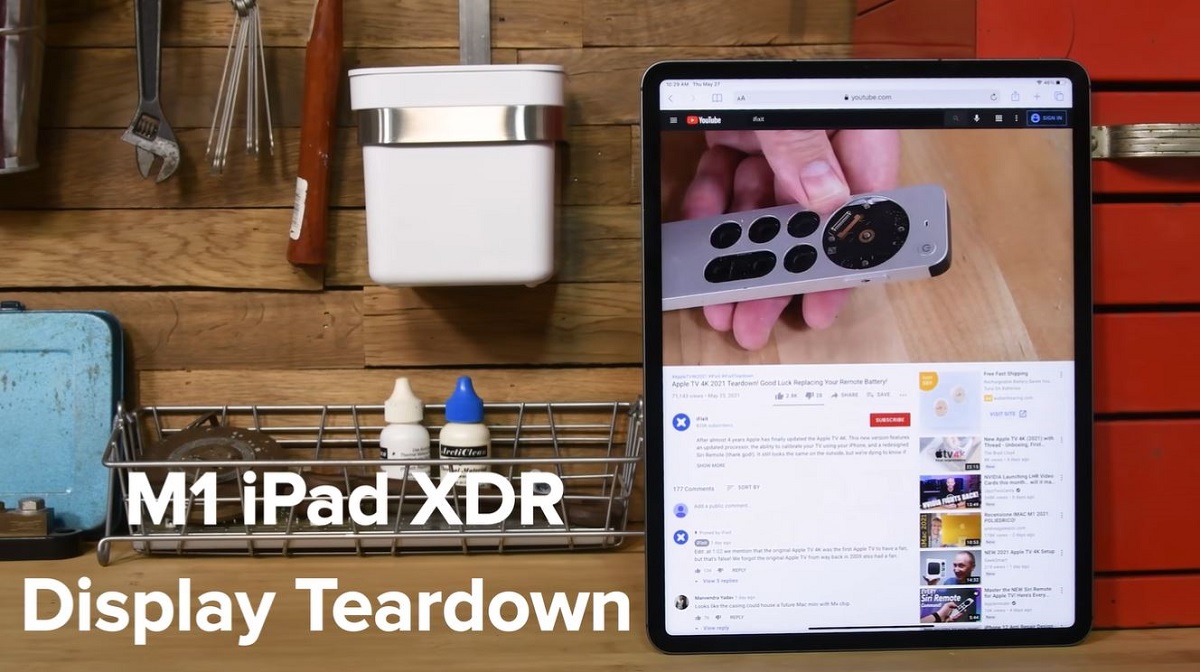 Apple launched the M1-powered iPad Pro with mini-LED in April at its Spring Loaded event. While the new M1 processor was a major upgrade in terms of performance, Apple also adopted the mini-LED technology for a better viewing experience. If you have been waiting for the tablet's teardown to see the internals. iFixit has shared a new video. The M1 iPad Pro teardown reveals how the mini-LED works under the hood along with other details.

The new iPad Pro teardown is shared by iFixit in a new video that aims to provide details on the working of the mini-LED display, battery capacity, and much more. The new M1 iPad Pro features 5G antennas on the sides and houses a massive 10566 mAh battery (40.33Wh.)

Each dimming zone is a square that houses four mini LEDs. The liquid Retina display, on the other hand, features a single stripe of bigger LEDs along the side. iFixit has only shared the video of the iPad Pro teardown at this point and hi-res pictures of components and other extrinsic details have not been covered in the text form. Potentially, we will see the complete teardown in the company days.

The video of the M1 iPad Pro teardown has been embedded above for your ease, so be sure to check it out. There you have it, folks. Share your views regarding the teardown in the comments section below.