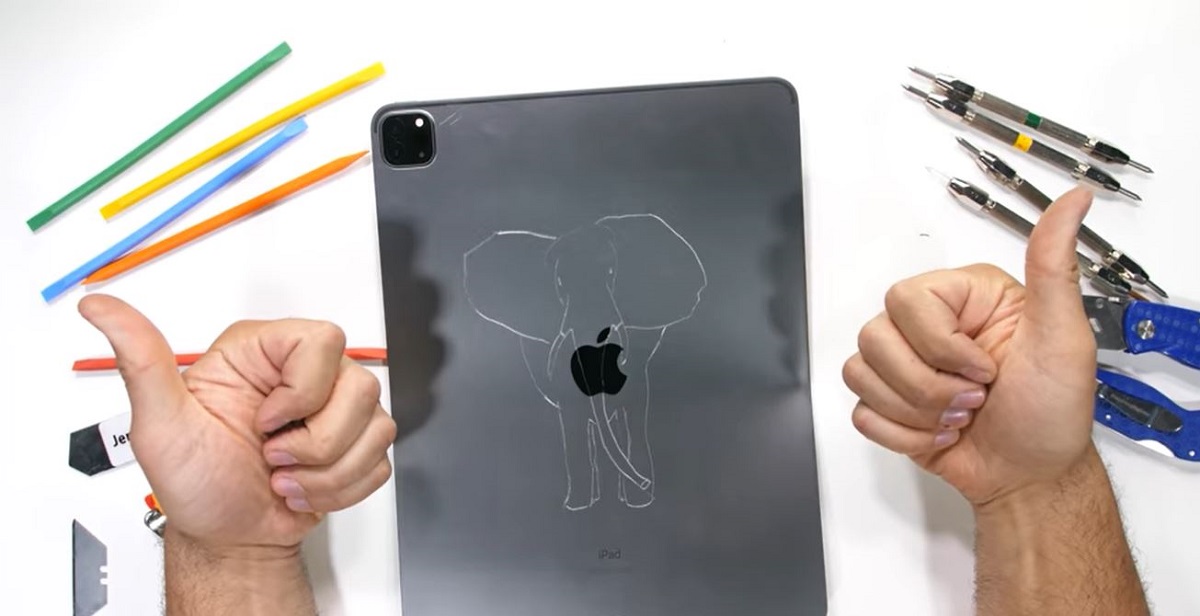 Apple introduced the M1 iPad Pro with a mini-LED display back in April at its Soring Loaded event. The iPad is more advanced than the previous generation models due to its better processor. However, we also have to check if Apple has enhanced the device in terms of build quality. Now, a YouTuber has conducted a durability test of the M1 iPad Pro that showcases positive results for the tablet.

The durability test of the M1 iPad Pro is conducted by the YouTube channel JerryRigEverything. Zack takes out the new iPad Pro from its packaging and just to be sure, he tested the bigger 12.9-inch model that comes with the mini-LED display, The YouTuber has been quite critical of Apple devices since the iPhone 6 bendgate fiasco. Moreover, the 2018 iPad Pro received the worst fate as it easily broke in half. It would be worthy to see if Apple has improved the structural integrity of the new M1 iPad Pro model with a mini-LED display.

Zack started his durability test by scratching the display of the M1 iPad Pro. The results were not surprising as the panel scratched at "level 6 with deeper grooves at level 7." The burn test showed great results as well as the mini-LED display recovered after a few seconds. However, what we were waiting for the most was the bend test, which has not been in favor of Apple in the past.

Shockingly, the M1 iPad Pro passes Zack's bend test. Take note that there was a serious wrinkle in the metal chassis and does not look at all, but the iPad Pro was in working condition. The panel bent as well but it did not break and the bend will most probably be permanent. Bending the iPad Pro from the other direction did not solve the issue as well but made it worst. Yes, the M1 iPad Pro was not in optimal working condition but it survived the durability test. You can check out the video embedded above for more details.

This is all there is to it, folks. Share your views with us regarding the durability test of the iPad Pro in the comments.