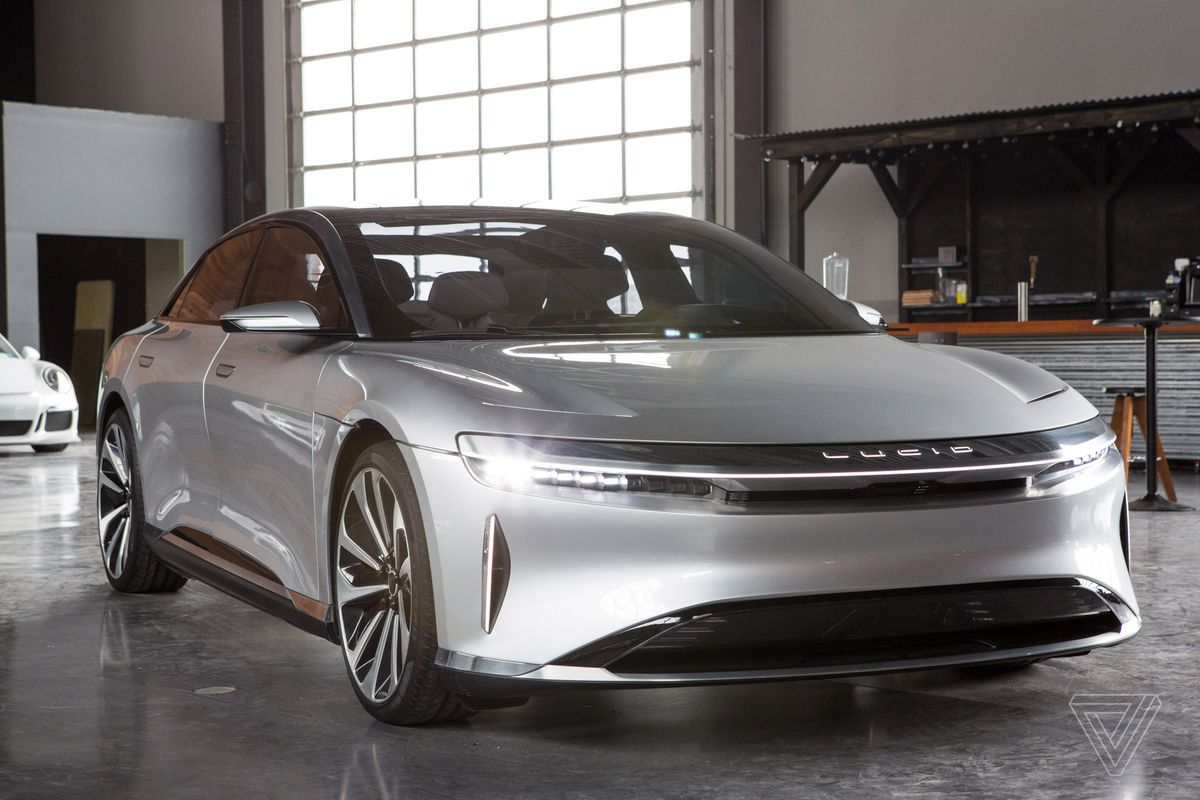 A standout feature of the Lucid Air is its 900V+ battery architecture, resulting in a charging rate of up to 20 miles per minute. Lucid Motors claims:

“This new benchmark for speed of charging is possible through an ultra-high 900V+ electrical architecture, custom lithium-ion battery cells, a highly sophisticated battery and thermal management system, and the Lucid Air’s incredible powertrain efficiency. This efficiency plays a direct and invaluable role in the Lucid Air’s charging rate, determining the rate of mileage as distinct from the rate of energy flow.”

While discussing the compatibility of the EV with the public charging infrastructure, Lucid Motors notes:

For those unfamiliar with the technical jargon, let’s discuss what is meant by Lucid Motors’ 900V+ battery architecture. The C-rate of a battery measures its charge and discharge rates. For instance, a fully charged battery with a capacity of 1Ah and discharging at a rate of 2C provides a current of 2A for 30 minutes. If this battery were discharging at a 1C rate, it would provide a current of 1A for 1 hour. Now, the power needed to run an electric device is measured in Watts (W). As a refresher, Watts is a product of voltage (V) and current (A). As is evident from this equation, a high-volt battery can charge and discharge by using lesser current (A), reducing the circuit resistance (Ohms) in the process. This improves the efficiency of the entire system. Up till now, high-volt Li-ion batteries were limited by “the lack of oxidatively stable and inexpensive current collectors that can operate at potentials of up to 5 V vs. Li+/Li”. In simple lingo, this problem simply refers to the oxidation and corrosion of current collectors when operated at a high voltage. However, it seems that Lucid Motors has overcome this key challenge. Given the obvious advantages of a high-volt battery architecture, readers should expect such batteries to gain more prominence in the times ahead.

Interestingly, Lucid Motors has chosen to keep most of the details related to its batteries a secret. We know that the company entered into a strategic partnership with Samsung SDI for Li-ion battery cells back in 2016. More recently, the company also secured a supply agreement with LG Chem. However, Lucid Motors’ technology arm, Atieva, continues to play an important role in developing battery packs. This suggests that the company utilizes a hefty proportion of its own proprietary technology in these battery packs.

Now, let’s briefly discuss another matter that is at the forefront of most Churchill Capital investors. I had noted in a previous post that the merger negotiations might be delayed until Lucid Motors is able to finalize the modalities of its upcoming production facility in Saudi Arabia. In postulating such a scenario, I had drawn upon the 40-year-plus experience that my family has in dealing with some of the biggest Saudi contractors. In essence, the Lucid Saudi facility is slated to be one of the most important initial setups within the ambit of the NEOM city, a flagship project of His Royal Highness Mohammad Bin Salman. As such, it stands to reason that the Saudis would finalize every important detail related to this facility before progressing to the public flotation stage. A SPAC’s merger LOI usually results within 20 to 30 days of the first rumor. We are now approaching the terminal limit of this assumed time period, lending credence to our prognostication.

Readers should also note that the PIF, which retains a controlling interest in Lucid Motors, has yet to identify the mode through which the company’s shares would be publicly floated. The options include an IPO, direct listing, a SPAC merger, and a private funding round. Out of these, a merger between Lucid Motors and Churchill Capital remains the path of least resistance.