Lucid Motors and the SPAC Churchill Capital Corp. IV (CCIV) Keep Merger Hope Alive With a New Statement That Does Not Deny the Business Combination Possibility 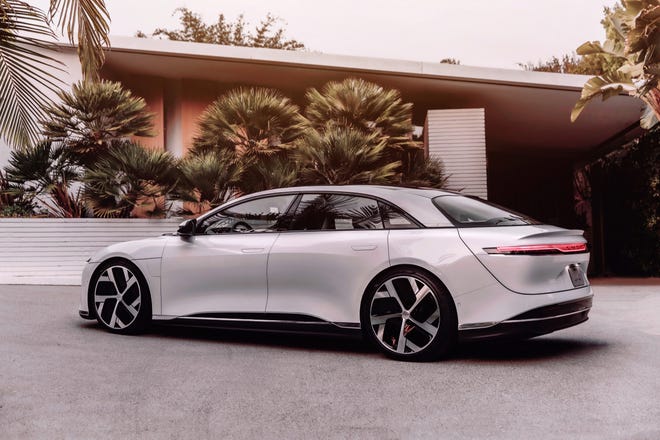 Lucid Motors, the company behind the stylish Lucid Air electric vehicle, is keeping everyone in the SPAC community on their proverbial toes amid rampant speculation as to the fate of the company’s rumored merger with the Special Purpose Acquisition Company, Churchill Capital Corp. IV (NYSE:CCIV).

Now, Churchill Capital has issued a new press statement to ward of incessant queries regarding its merger with Lucid Motors. As per the SPAC, these queries emanated not only from ordinary investors but also the New York Stock Exchange, owing to the heightened trading activity in its shares. Crucially, the company noted:

“We do not generally comment on rumors and speculation and will not comment as to whether the Company is or is not pursuing a specific business opportunity other than saying, as noted, we are always evaluating a number of potential business combinations.”

Now, as our readers would know, this is the same tact that Churchill Capital’s CEO, M. Klein, used while participating in a fireside chat that was hosted by IPO Edge and ICR earlier in January. Essentially, as per the SEC’s rules, Churchill Capital can’t confirm a potential merger with Lucid Motors until a Letter of Intent (LOI) has been duly filed with the financial regulator. Of course, this would only occur when fundamental modalities have been agreed upon. Nonetheless, for all intents and purposes, these negotiations are still continuing or Churchill Capital would have outrightly refuted the rumors that have been swirling for days now. This means that the ongoing negotiations may well materialize in a formal Definitive Agreement (DA) to merge.

In the meantime, circumstantial evidence regarding a possible merger continues to mount. We reported on the 13th of January that Lucid Motors opened job vacancies for three new posts that primarily cater to a public company instead of a private one. These included the vacancy for an SEC Reporting Manager, a Director of Investor Relations, and an Analyst, Investor Relations. Moreover, Andrew Liveris forms a crucial link between Lucid Motors and Churchill Capital. To wit, Mr. Liveris is not only the Chairman of the Lucid Board of Directors but also an operating partner at Churchill Capital. This commonality serves to boost the prospects of an eventual merger DA.

Of course, investors should realize that these negotiations may yet fail. Given the outsized gains that Churchill Capital shares have now recorded in anticipation of a business combination with Lucid Motors, the stock remains susceptible to a significant downturn should these talks fail. Therefore, investors should now tread with care and wait for a formal DA before adding to their respective positions.