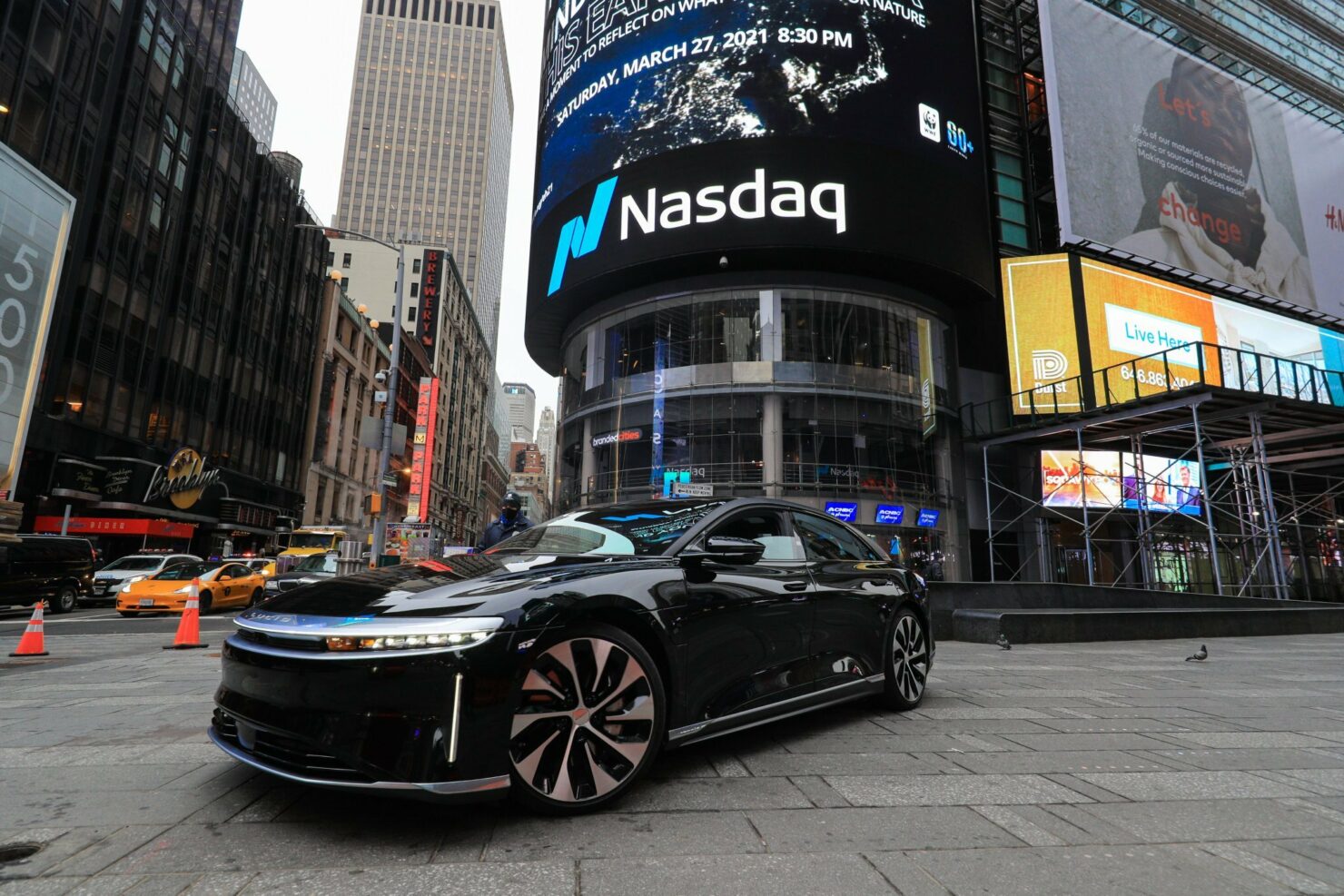 The past couple of weeks have not been kind to Lucid Group (NASDAQ:LCID) shares, as evidenced by the stock’s 20 percent-plus decline over the past month. However, now that investors have endured the carnage left in the wake of the most potent short-term bearish development, the sky is finally turning blue for Lucid Group shares.

The customary lock-up period for Lucid Group’s 166.6 million PIPE shares expired on the 01st of September. As a refresher, the lock-up period restricts investors from liquidating their shares for a set period after a company goes public.

Bear in mind that some of the institutional investors who had participated in the PIPE funding of Churchill Capital Corp. IV – the SPAC that merged with Lucid Motors – had endured a brutal pummeling as the SPAC bubble collapsed. Consequently, with Lucid Group’s shares still trading at a hefty premium to the $15 PIPE share price, the market expected heavy selling upon the expiration of the lock-up period as these investors, according to conventional wisdom, would try to recoup some of their losses by liquidating Lucid Group shares at a premium.

These expectations of an avalanche of selling did materialize, with the stock posting a loss of 19 percent at the start of trading on the 01st of September. Since then, however, Lucid Group shares have staged an impressive recovery on the back of a 15 percent-plus gain.

While some PIPE investors might continue to liquidate their holdings, the market’s general perception is that the biggest selling wave is now in the rear-view mirror, thereby setting the stage for an impressive comeback on the back of a crucial upcoming bullish development – the initiation of Lucid Group’s Air EV deliveries.

Lucid Group is already sending emails to customers who have booked the Lucid Air Dream Edition to confirm their reservations and vehicle configuration. Moreover, as per an Instagram post by Mr. Jonny Lieberman at MotorTrend, who was invited by Lucid Group to test drive the Air EV, the deliveries are slated to begin in Q3 2021, which ends in September. Nonetheless, Lieberman seems to believe that any meaningful deliveries of the Air EV would take place in October 2021.

In another encouraging sign, the short interest (SI) in Lucid Group shares is also beginning to decline, currently hovering around $955 million. For reference, on the 20th of August, Lucid Group’s SI hovered around $1 billion. Of course, the decline in share price might have contributed to this decrease. Nonetheless, as per the tabulation by Ihor Dusaniwsky of S3 Partners, shorting activity has decreased by 393,000 shares over the past week, suggesting that short-sellers might be in the process of trimming down their bearish bets.

Another Step Toward Deliveries: Lucid Group (LCID) Reportedly Registers Around 10,000 VINs to Cater To the Vast Majority of the Pre-Booked Air EVs