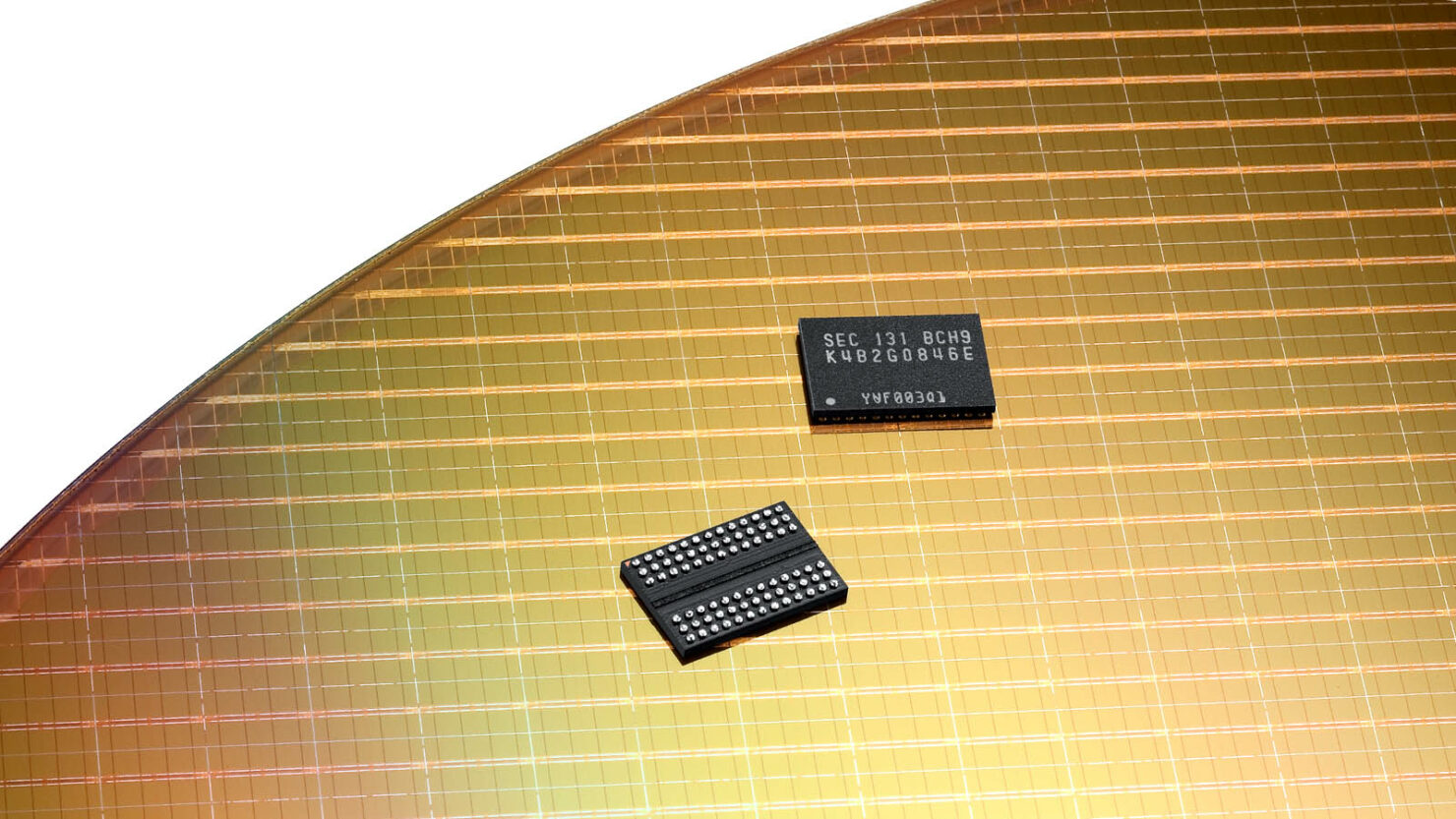 Yesterday, Xiaomi’s sub-brand Redmi revealed the Redmi K30 and the Redmi K30 5G. According to the information that has been made available, the standard Redmi K30 features LPDDR4x memory and this didn’t go unnoticed. However, Redmi‘s GM Lu Weibing has hinted that the Redmi K30 5G might feature LPDDR5 RAM.

Back in July Samsung announced that it has started mass producing 12Gb LPDDR5 DRAM for future smartphones. The new memory has been optimized for 5G connectivity and AI and is also expected to improve battery life. The 12Gb LPDDR5 is made on the South Korean giant’s 10nm process and is 1.3 times faster than LPDDR4x, with a data rate of 5,500Mb/s. Moreover, it also consumes 30 percent less power than the older standard.

So far, no smartphone ships with LPDDR5 DRAM inside, and since the Redmi K30 5G features so many world’s first, it wouldn’t be surprising if it comes with the new standard. Just to remind you, it is the first smartphone to be underpinned by the new Qualcomm Snapdragon 765G. It is also Xiaomi’s first handset to sport a 120Hz display and also the first one to flaunt Sony’s new IMX686 64MP sensor. 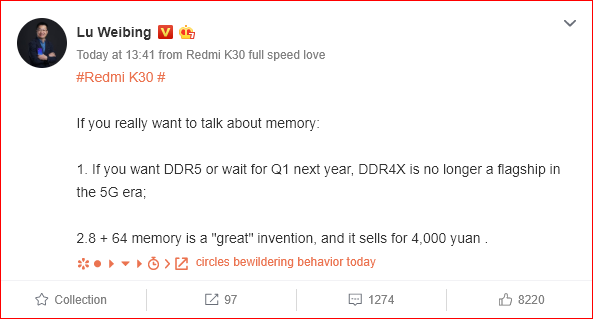 Lu Weibing says that consumers will have to wait until Q1 2020 for LPDDR5 RAM-powered smartphones. He believes that using LPDDR4x memory on 5G phones doesn’t make sense any longer, which implies that the Redmi K30 5G will get the new memory. To recap, it is slated for a Q1 launch.

While we cannot say for sure if the Redmi K30 5G will feature LPDDR5 RAM, we can expect a slew of other flagships, including those from Xiaomi and Samsung, to feature it in 2020. After all, it offers things like support for things like machine learning and ultra-high-definition video recording, and also promises to extend battery life, all of which are paramount in the 5G era.

Are you excited to see what smartphones with LPDDR5 RAM will be capable of doing starting next year? Let us know down in the comments.