Lords of the Fallen 2 Coming in 2017, Says Developer

Lords of the Fallen may not have received quite the reception that CI Games and Deck 13 had hoped for, with it's difficult gameplay and sometimes bland atmosphere, but the sequel Lords of the Fallen 2 is still set to be released in 2017 according to CI Games. 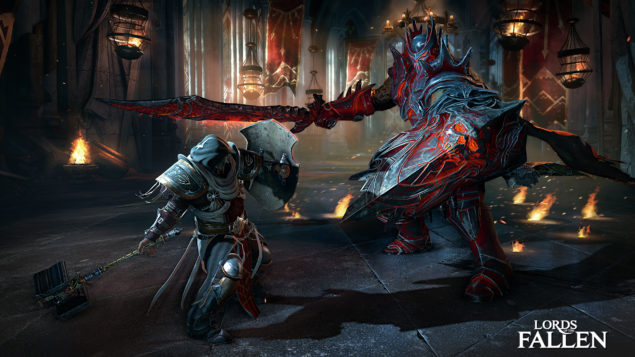 Lords of the Fallen 2 has loosely been confirmed for a 2017 release year.

Eurogamer was able to conduct a great interview with the head of CI Gmaes, Marek Tyminski, in which a lot of good information was revealed. The sequel itself has been confirmed and while the release window isn't set in stone by any means, they do hope to release sometime in 2017, though it's far too early in the development cycle to have any specific dates, of course.

It was also revealed that the sales have been better than expected with over 900K units sold, and certainly enough to substantiate their development of a new IP.

It's doing fine," he said of the original game, which launched in October 2014. "We are over 900,000 units. Not yet 1m but we are approaching that. And definitely it's a good start for the new IP. Definitely we can say that Lords of the Fallen 1 proved the IP made sense.

The problem's that the first Lords of the Fallen had were what held it back from true success. It never really stood out on its own as a substantial and unique game to play. The inspiration they took for the Souls genre was immediately apparent. The setting itself was a bit cramped and the risk/reward system seemed contrived with the overall difficulty pushing away what could have been a much larger player base.

It has a lot of potential as a new standalone IP, though, and I think that the further development of its own unique mechanisms could help to bring it to the forefront of our minds. Hopefully we get some great information regarding Lords of the Fallen 2 at E3 or at least shortly afterwards. I think a more open development cycle could help to improve their games.