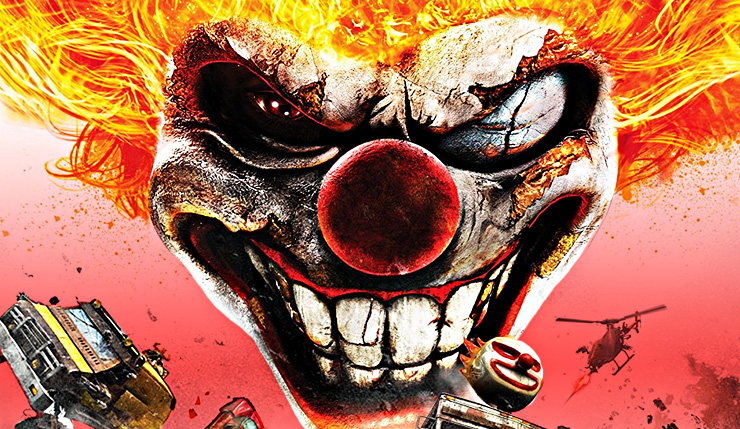 Need your fill of all things Sweet Tooth? Relax, because there's a live-action Twisted Metal TV series on its way.

Variety reports that the action comedy is coming from Zombieland and Deadpool writers Rhett Reese and Paul Wernick, with Michael Jonathan Smith (Cobra Kai) working as writer and producer.

It's unclear how much of the show will actually borrow from the games, but here's the gist. It follows an outsider who travels across a post-apocalyptic wasteland in a bid to deliver a package. There are rumors flying around that executive producer Will Arnett could voice the maniacal Sweet Tooth, but that hasn't been confirmed.

As far as Twisted Metal as a franchise, we haven't seen a new entry since the PS3 reboot in 2012. It's bizarre that we'd get a show before a new series, especially when it seems a game might be a better bid than a TV show, but perhaps if the show does well that's exactly what we'll get: a new game.

There aren't many details at present beyond an initial idea as to what the show will feature, but that should change soon enough. This is the latest addition to a slate of video game TV shows and movies. Recently, we learned of casting for the upcoming Borderlands film as well as The Last of Us's TV adaptation.