Lion King and Aladdin HD Remasters Announced for Switch, PlayStation 4 and Xbox One; Releasing This October

At GameStop Con, Disney has announced Lion King and Aladdin HD Remasters for the Nintendo Switch, PlayStation 4 and Xbox One.

These HD remasters will be released this October and will include their original soundtracks from the ’90s. In addition, both titles are said to be playable in their original resolutions and in 1080p.

As reported by Twitter user @Wolverinefactor, the remasters will be bundled and should become available for pre-order today. The news was later picked up by GameXplain. 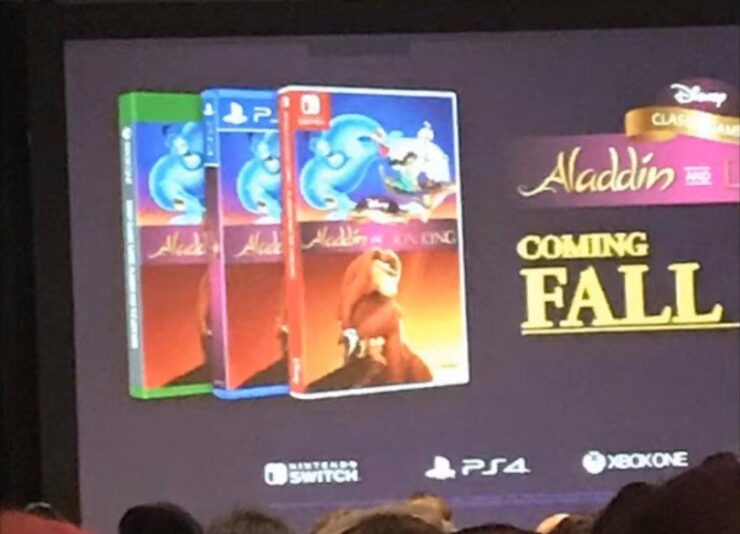 The remasters will also offer new features, including the option fast-forward and rewind to jump to any part of the game. In addition, there will also be an option to allow the game to take over to show the player how to clear a stage.

At the moment of writing, we don’t know whether these remasters are based on the SNES or Sega Genesis versions of the games. We’ll keep you updated.