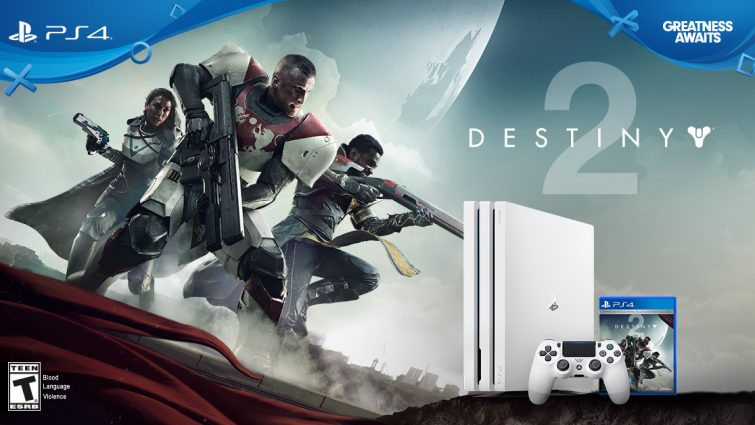 Sony has revealed the limited edition PlayStation 4 Pro Destiny 2 bundle, which be made available when the game launches on September 6.

Like the original PS4 Destiny bundle from 2014, the Limited Edition PS4 Pro bundle comes with a Glacier White PS4 Pro with a 1TB HDD, and a matching DualShock 4 Controller. In addition to the game, a voucher for the digital content pack, which gives you access to the game’s Expansion Pass and premium digital content, is included as well.

We’ve included some shots of the Limited Edition Destiny 2 PS4 Pro bundle down below:

PlayStation players will get access to timed-exclusive content, including a competitive multiplayer map, a three person co-op Strike, a new ship, specialized gear set and an exclusive exotic weapon.

The bundle will me made available for $449.99 USD and can be pre-ordered right now. Destiny 2 will release for PlayStation 4 and Xbox One on September 6. The PC version of the game will release on October 24.