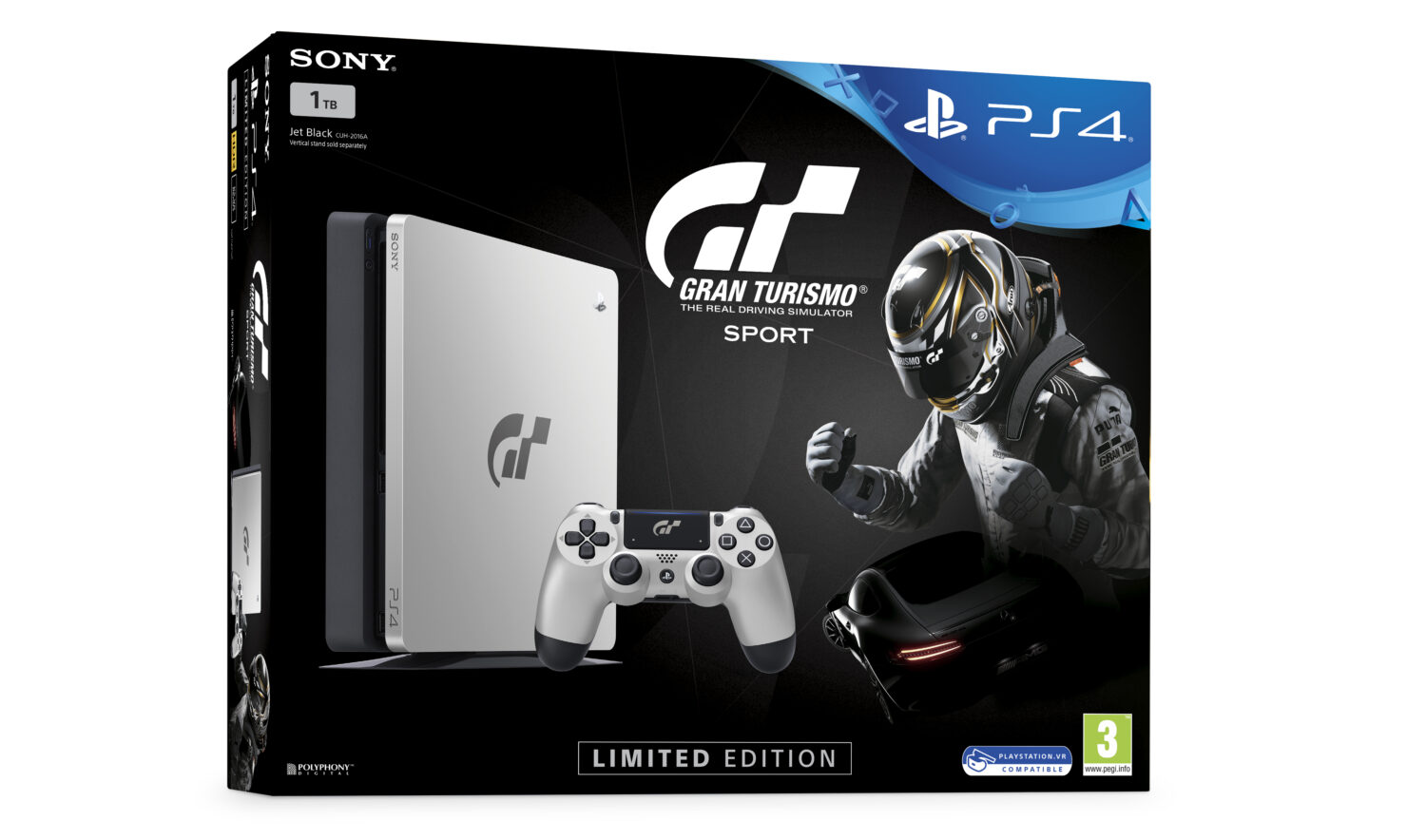 Gran Turismo creator and president of Polyphony Digital, Kazunori Yamauchi, announced the news on the official PlayStation EU Blog. The Slim 1TB limited edition PS4 console will release on October 18th alongside Gran Turismo Sport, and will feature an exclusive Gran Turismo Sport silver faceplate, emblazoned with the logo. In addition, a fully-customized silver DualShock 4 wireless controller with the Gran Turismo Sport logo on the touchpad will be included.

Announcing the Limited Edition Gran Turismo Sport PlayStation 4 console, launching in UK, Europe and Australasia from 18th October to coincide with the release of the latest entry in Polyphony Digital’s celebrated racing series.

This Limited Edition Console will include a Day-1 edition of Gran Turismo Sport, which offers access to $250,000 in-game credits, livery sticker packs, a chrome racing helmet and 60 PS4 avatars.

All of the bundles above will come with a standard copy of Gran Turismo Sport.

Please note that the GT Sport bundles will be made available at select retailers. As said, Gran Turismo Sport will be released for PlayStation 4 (and PS4 Pro) on October 18th.

The highly anticipated Gran Turismo installment was first slated for a release last year, but was delayed back in August of 2016 as the development team needed more time to "perfect" the game. "However, as we approach our planned release date in November, we realize we need more time to perfect GT Sport, which we’ve already dedicated so much effort towards since announcing the title", Polyphony's Yamauchi said.