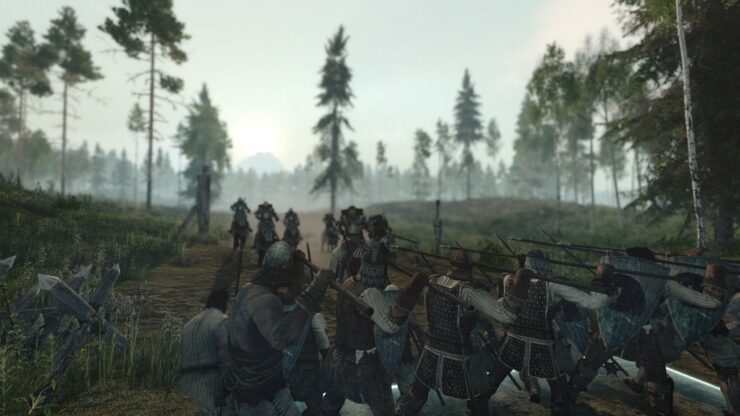 Xsolla and BitBox just announced today that Life is Feudal: MMO's closed beta is coming to PC in December.

Life is Feudal: MMO is a massively multiplayer sandbox RPG that unlike most MMORPGs doesn't have any fantasy elements; in fact, it's described as a medieval life simulator. In the game you may fight for territory with your guild and the terraforming/tunnel building mechanics will let you build some elaborate strongholds. If you're feeling more adventurous, you and friends can try to take part in massive sieges involving hundreds of troops.

In case you're unsure of the difference between Life is Feudal: MMO and the Life is Feudal: Your Own that's currently available on Steam, it's pretty simple: the MMO offers a persistent world for tens of thousands of players to join. Your Own is basically a smaller, more limited version for up to 64 players that runs on dedicated servers on someone's PC.

Vladimir Piskunov, CEO of BitBox, talks about what it's like to work on a game over six years:

Gamers are familiar with the stress of repeatedly failing to beat that difficult boss or progressing through a difficult level. But, gamers also know the excitement that makes one feel eager and energized at the same time, when they are so close to finishing their favorite game. These are the same feelings we are experiencing at our studio as Life is Feudal: MMO's closed beta launch is upon us. Having invested six years in the development and all the mini bosses we faced in making Life is Feudal, we are just a few steps away from our full release.

A few months ago, we posted an interview with Piskunov which you can read to learn more details about Life is Feudal: MMO.

Below we listed the different Contribution Packs you can purchase, each offering their own set of goodies and different levels of access to the game.

Life Is Feudal: MMO is set to launch their closed beta on December 14 on PC. You can apply right here; from this pool, 1000 lucky players will be selected. Good luck!